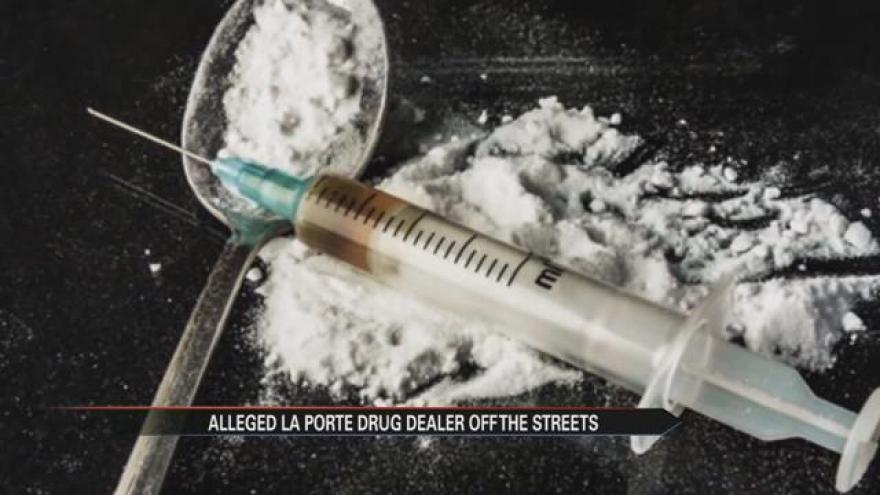 After a string of drug overdoses in La Porte this past week the La Porte County Drug Task Force says it has taken one dealer off the streets.

La Porte saw 15 heroin overdoses in one week. Three ended up being fatal.

“This has broke us down very badly,” said Todd Ellis, the family member of one overdose victim who died.

We spoke with Todd Ellis on Sunday. His brother is one of those fatalities.

He was carrying $1500 worth of narcotics.

“Ultimately, we would hope that it would affect it largely, but realistically drug dealing and heroin dealing, it’s a type of entrepreneurship, so when we remove one dealer, someone else tries to take that position up,” said the commander of the Drug Task Force, Andy Hynek.

That new dealer still has tons of business.

“With just removing the supplier doesn’t fix the ultimate problem, because the want and the addiction is still there. We have to find a way to fix that addiction so people don’t want to seek out a new dealer when their dealer gets arrested or something happens to them, that they are not seeking someone else out to go to,” said Sgt. Hynek.

With the heroin epidemic continuing to rob families like Ellis’s of their loved ones, Sgt. Andy Hynek says it’s going to take a community effort to stop it.

“We’re not going to arrest our way out of the heroin problem, and it’s not a law enforcement only problem. It’s going to take the law enforcement community working with medical professionals, addiction counselors, and members of the community overall to try combating this,” he said.

If you or a loved one needs help with an addiction, you can contact the La Porte County Sheriff's Department at 219-326-7700.