Lack of foster families in Michiana 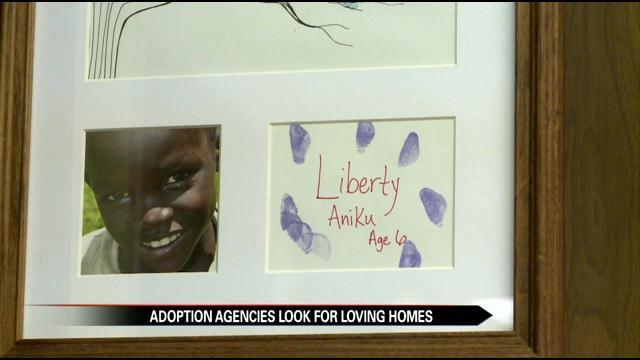 A Michiana adoption agency is hopeful that more children will find loving homes.

The Villages, a non-profit agency located in Elkhart, provides foster care, adoption, and family services. They appreciate the attention the governor is creating around adoption and foster care.They say neither is an easy process to go through for both children and families who want to help.

The goal is permanency, a stable environment for children who are living in conditions that the state determines to be unsafe. On average there are about 350 children throughout St. Joseph and Elkhart counties who are in foster care. Sometimes there is a fear that there aren't enough families who can act in an emergency when these children need a home.

Jessica Brown, a foster care case manager at The Villages says, “There is not an end that we are going to see to the abuse of children and if we don't have homes to place them in than its just a scary thought. Where are we going to put these children?”

Brown has seen the difficulties foster care presents and says, “It is very difficult, it's very traumatic for these children it's traumatic for the foster families depending on the behaviors that they see. But at the same time like I said where else are they going to go? We've gotta have homes that can take these kids because there is no more orphanages.”

Betsy Kuhn, the regional director for The Villages of Indiana says there is always a shortage of foster families and she may know why.

“There's just intimidation about what's going to happen so that's one of the things that I think that if families can become educated and get the info, proper support, and training.. and have an agencies like ourselves that goes along side with the family then it's a lot easier to do and then families are more likely to take that risk to open up their home.” says Kuhn.

Kuhn added, “Another thing that he recently did was state an adoption subsidy. This provides additional financial support in order to provide ongoing care while the children grow up in the homes, so that the children are going to be cared for throughout their childhood and young adult hood.”

At The Villages they also provide training and informational sessions for members of the community. The sessions teach the process of becoming a foster family and how to over come any challenges they may face while fostering a child.