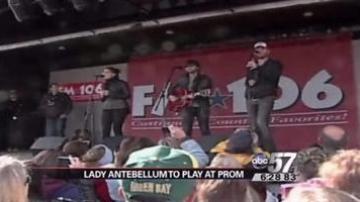 HENRYVILLE, Ind. -- Nearly three weeks after their lives were shattered by tornadoes, Henryville students found out that they will be treated to a special concert!

"We are so excited to share with you this submission.  We were really really  touched by this.  Yes, and we cannot wait to be a part of your prom," said the band.

And get this! A rival school actually produced the winning video.