SAINT JOSEPH, Mich. -- The battering of the lakeshore continues each time the winds and waves pick up along Berrien County. Beaches, dunes, bluffs, and now infrastructure are struggling to withstand the power of Lake Michigan. 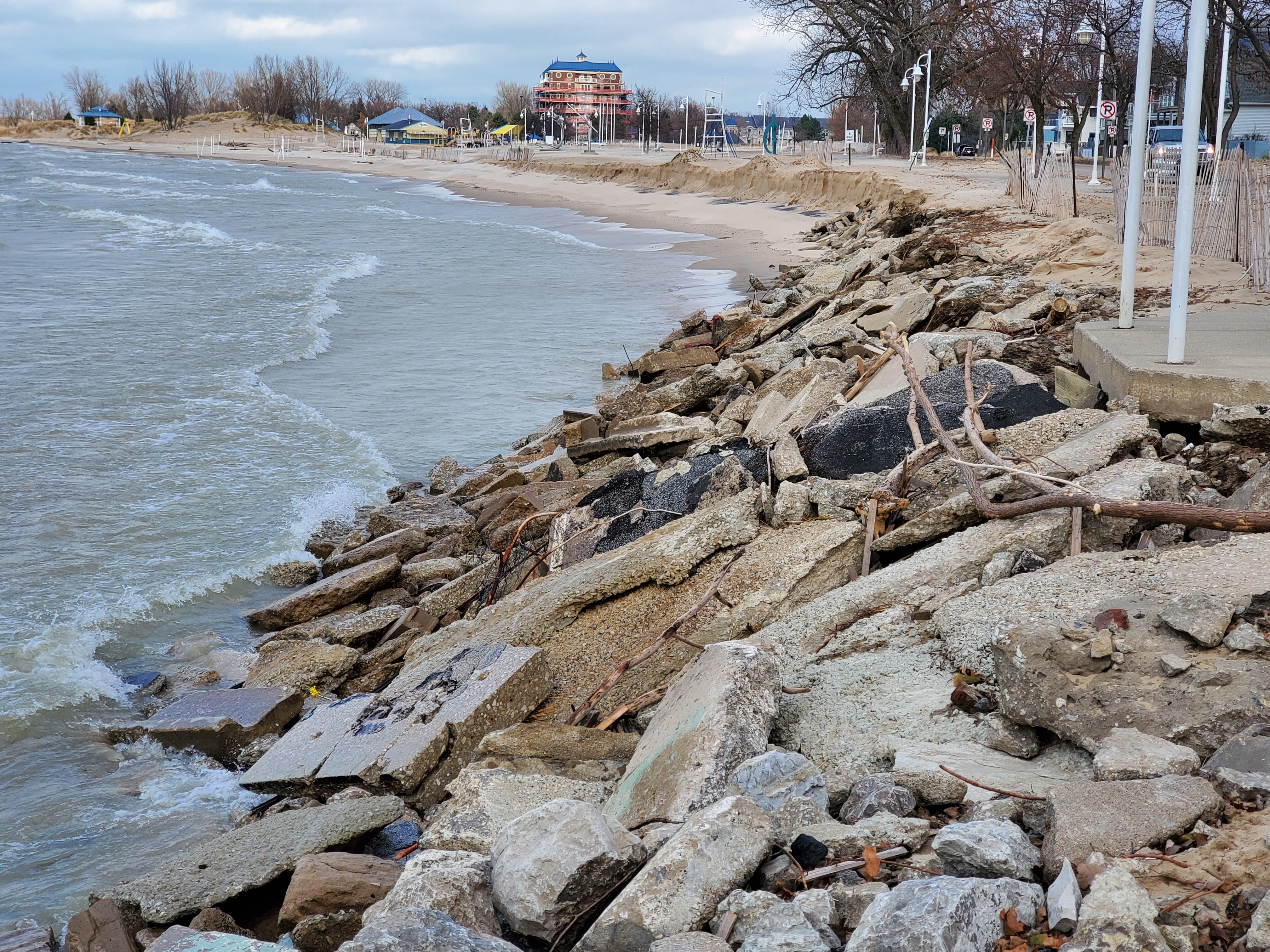 Beaches from New Buffalo to South Haven are withering away, losing foot after foot of sand courtesy of the incredibly high water levels. 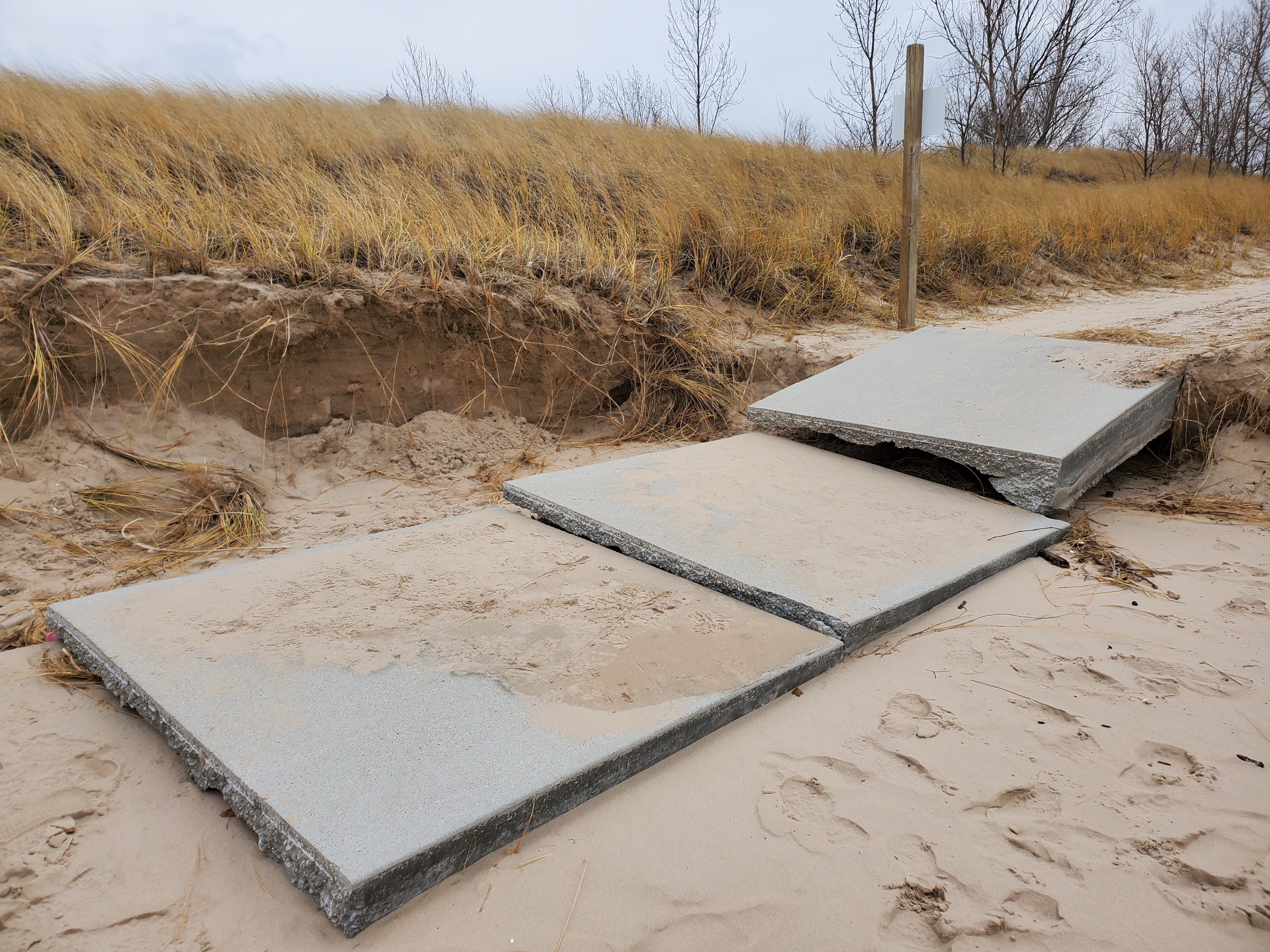 Nearly all of the beach at both Lions Park Beach and Tiscornia Park is gone. At Silver Beach, the southern extent of the beach is virtually gone with rocks and pieces of cement where sand was just earlier this year.

"I've seen a lot of the beaches get washed away. I follow the beaches and I take a lot of photos and stuff yearly. So I get to see the changes, especially from the air [with a drone]. And all I've noticed honestly was complete destruction. From where I work in New Buffalo all the way up past South Haven and all of that. The beaches are getting washed away and a lot of our favorites are forever gone," Voytovick said. 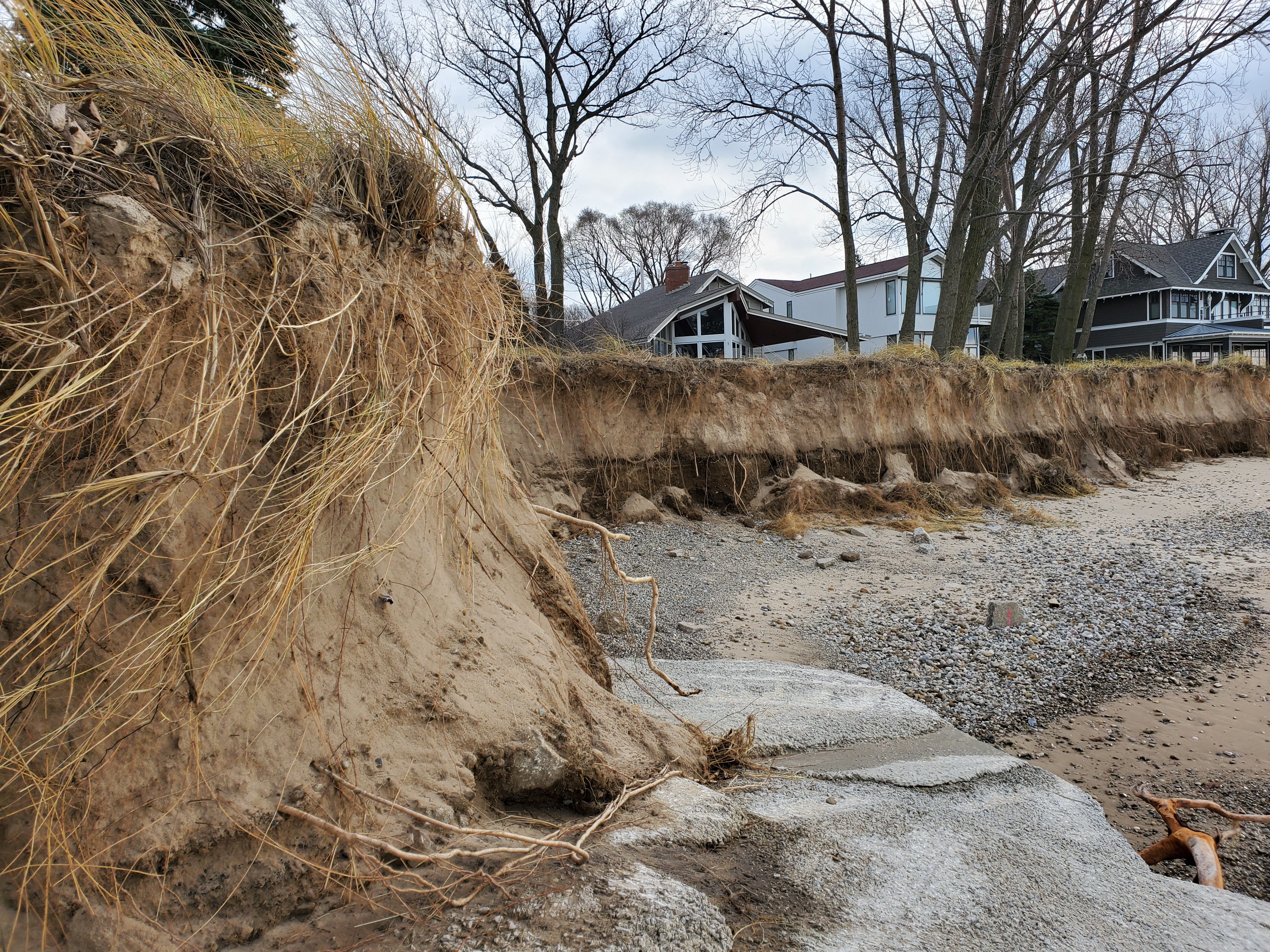 And it's not just beaches, dunes and bluffs.

Infrastructure like sidewalks and even a couple of roads are succumbing to the high water levels and large waves.

"As the erosion and sand gets washed away, everything on top of it that's holding up is going to go with it. And as we see the sidewalk behind us, I have a picture from a few years ago where you had a good distance to the water. Now the water is basically up to the sidewalk. And there are roads collapsing. There is one that collapsed in Stevensville. I know in New Buffalo, the parking lot to the beach is starting to cave in," Voytovick tells ABC 57 News. 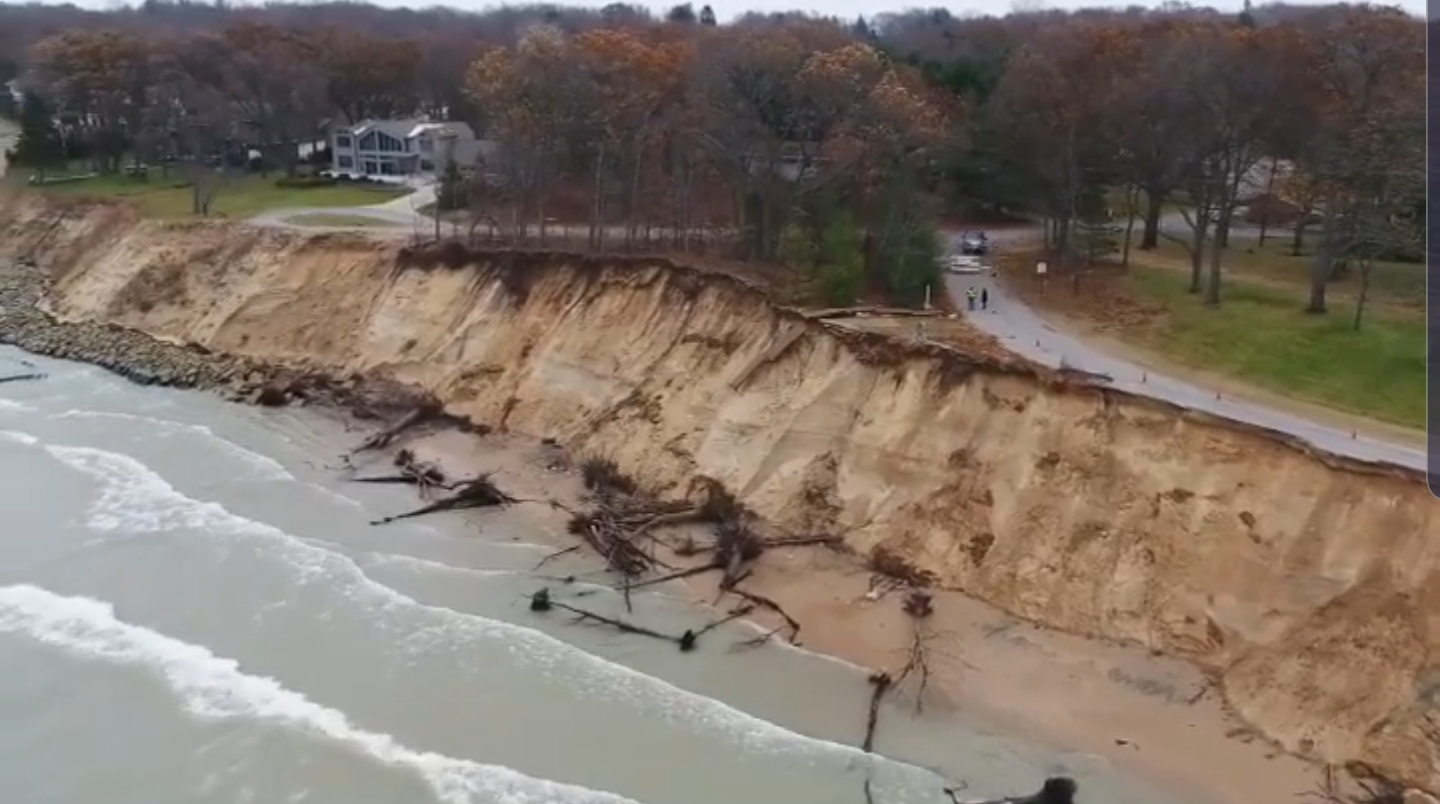 Looking ahead, Lake Michigan's water levels are not expected to drop much in the coming weeks or months.

According to the US Army Corps of Engineers, Lake Michigan has a level of 581.50 feet as of November 29th.

That's 33 inches above the long term monthly average for November. 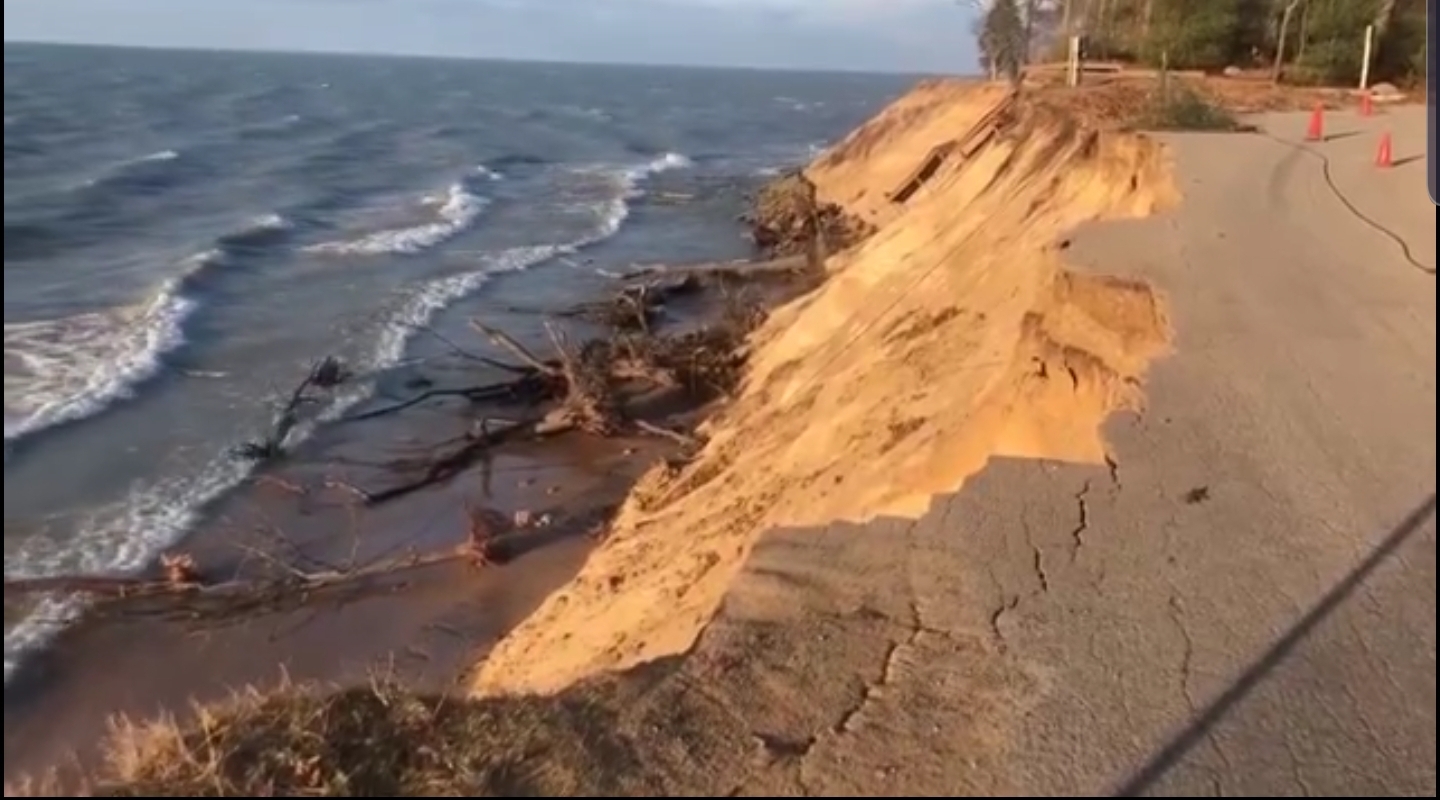 It's also 16 inches higher than the average water level on November 29th of last year. And while lake levels have dropped over the last few months, it has been very minor.

The lake level fell only two inches during the month of November, and it's only forecast to drop an additional two inches throughout December.

Those are such low drops that you simply won't recognize any change in the lake's levels.

That means more significant beach, dune and bluff erosion is virtually a guarantee going forward unless we can get a healthy ice shelf to develop along the lakeshore early in the winter.