Lakeshore erosion is a slow-moving disaster that just arrived

NOW: Lakeshore erosion is a slow-moving disaster that just arrived

Berrien County, Mich. – Long stretches of sand are now gone along much of the West Michigan coast. Lake Michigan is now cutting into the bluffs, eroding the shore with every lapping wave.

The Thanksgiving week storm with 60 m.p.h. gusts and 12-foot waves may have been the worst yet of the windy season. There’s now a sharp gash cutting through much of Silver Beach and the shoreline path is now at risk of falling into the lake. 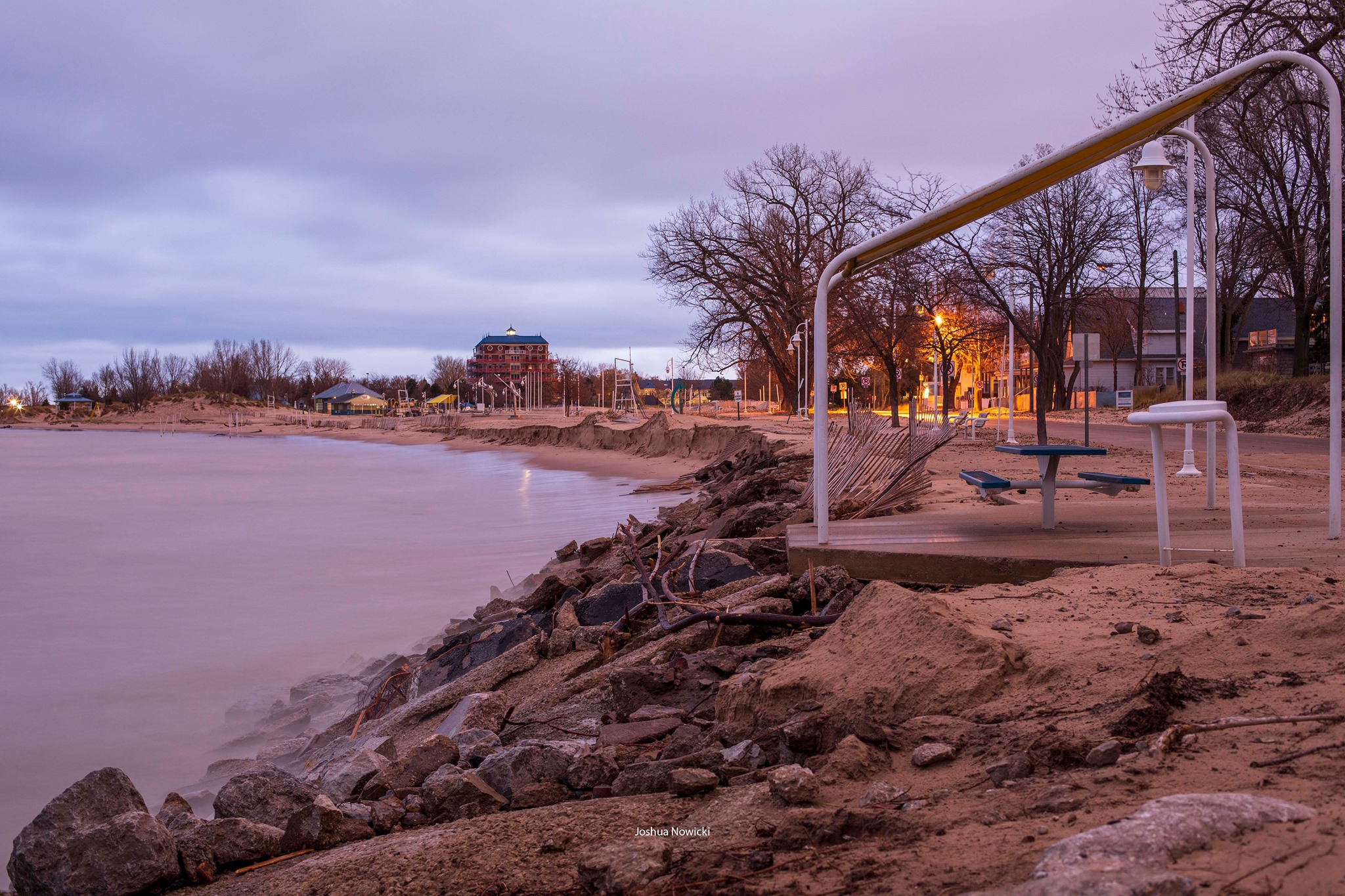 Water levels on the Great Lakes have been on a rapid rise over the past decade. The Michigan-Huron basin was at an all-time low at the end of 2012 to near all-time record high levels in June and July of 2019.

This should come as no surprise. Basic geology teaches us water runs downhill, and for much of this region, all the water eventually reaches the Great Lakes. Much of South Bend’s storm water drains into the St. Joseph River that flows into Lake Michigan. 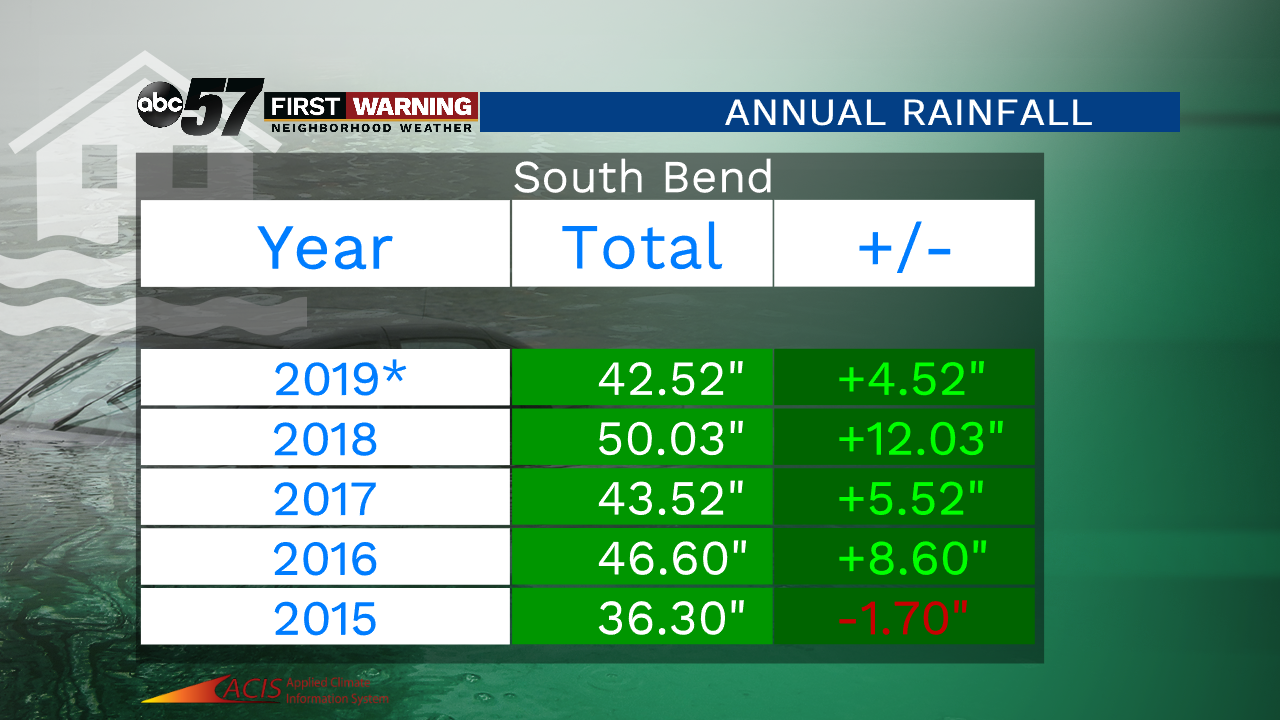 Four of the past five years have seen above-normal rainfall totals, including 2018 and 2016, which were the third and sixth wettest years on record respectively. 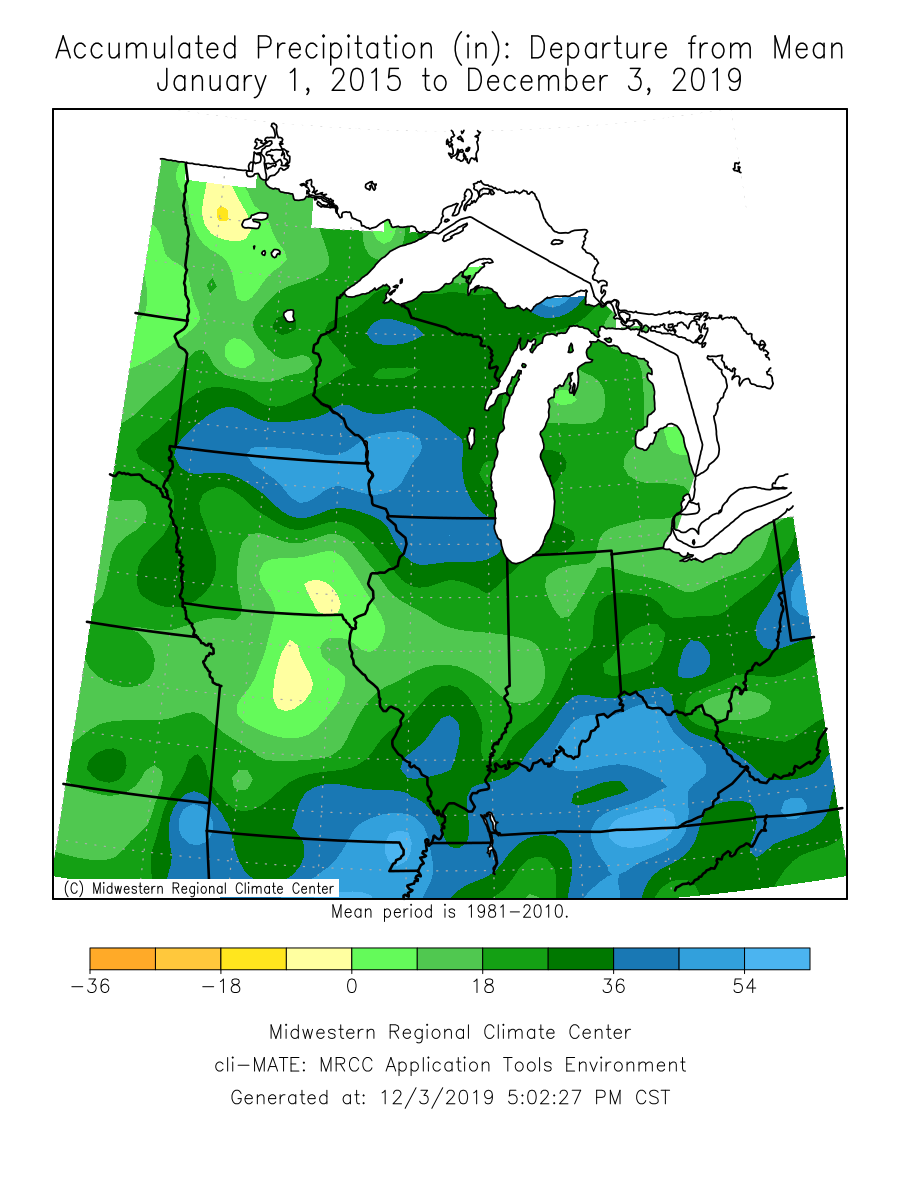 South Bend is not an outlier. It’s the entire Midwest. Much of Indiana, Illinois, Michigan and Wisconsin have received total precipitation of more than 20 inches and some areas more than 30 inches above normal, since 2015.

Now look at this map, it shows the Great Lakes basin. When rain falls in the highlighted area, it eventually flows into the Great Lakes. Compare that to the map above and you see the issue. We’ve been filling the bath tub faster than it can drain out. 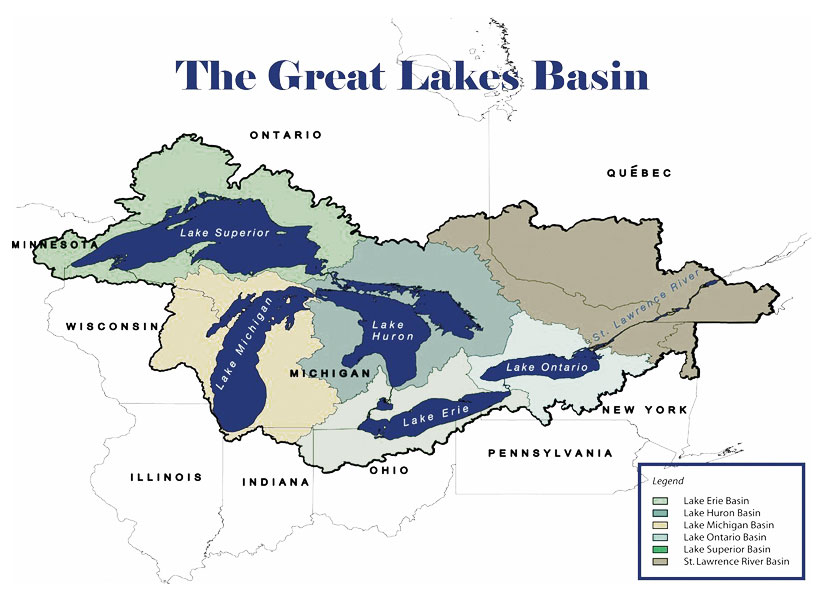 Wind and waves on the Great Lakes are not unusual. The storms aren’t any stronger in this context. The water is just higher and hitting areas that were once far from the high-water line. This problem will only get worse if we have another super soaking spring like we had this past year.

Now local governments are trying to figure out what to do. There’s talk of issuing a state of emergency that would free up funding but that might only be a temporary fix.

Some residents want to be resilient. For those who are interested in what it takes to find more sustaining solutions, the Federal Government has developed a Climate Resilience Tool Kit to aid in planning and development of ‘workable solutions to lower climate-related risks.’