LAPD chief to reopen case that lead to officer's firing 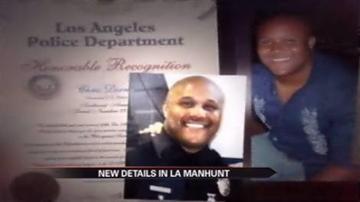 BIG BEAR, Calif. — The Los Angeles police chief is reopening the case that got Christopher Dorner dismissed from the force back in 2007.

It was Dorner's anger over that firing that apparently prompted his alleged rampage.

The Los Angeles police chief insists that it has nothing to do with his decision to reinvestigate the case.

"I am not doing this to appease him," said Andrew Smith, commander at LAPD. "I am doing this so that the community has faith in what the police department does. I am going to make a rigorous inspection to either validate or refute his claims."

There are still about 50 searchers in the mountains hoping to stop a week-long reign of terror.