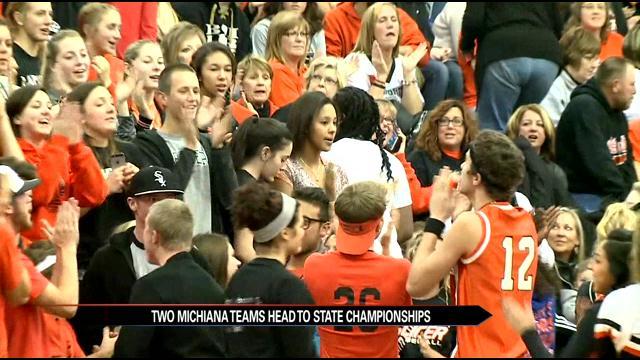 Not one, but two Michiana football teams are headed to the state championships: the LaPorte High School Slicers, and the New Prairie High School Cougars.  Both teams have pushed through tragedy to get to this success.

On September 25, 2013, LaPorte High School junior Jake West was running laps around the football field when he collapsed and later died.

Now both high schools are headed to the football state championships, and after both teams rallied together in spite of tragedy, it's the community's turn to rally with them.

"You still have to be a pretty good football team to get where we're at, you can't just do it on hopes and dreams, and our guys have done that, they've worked hard to get where they're at," says head football coach at LaPorte High School, Bob Schellinger.