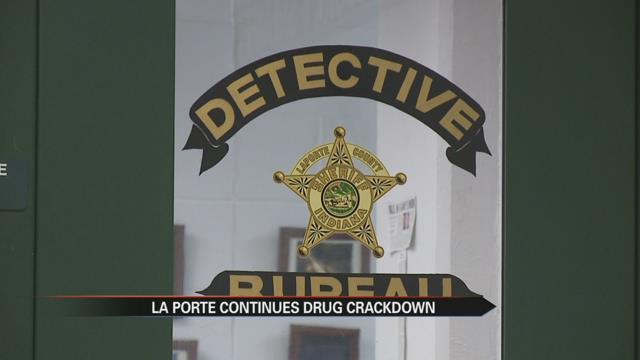 The city of LaPorte is continuing to be tough on drug crimes.

After a major narcotics sweep by county police, the city is revealing its plan to make its streets safer.

“They’re not just statistics that they trying to go after,” said Mayor Milo.

The Metro Operations Unit, that has gone after many abusers and dealers, made one of its biggest busts last week.

“This was the conclusion of 19 investigations which involved five suspects,” said Sgt Harlan Williams.

Sgt Williams, the lead investigator for the department, has gone undercover many times and understands substance abuse isn’t an easy problem to solve.

“We do work closely with some social service agencies to get some of the people we meet or arrest help.” he said.

For these abusers, help is just a broad paintbrush stroke away.

“Everyone is truly committed to seeing results in LaPorte County,” said Frazier.

A commitment that starts at the top.

“Issues like substance abuse are such a challenge that it’s not just any one factor that has to be addressed,” said Mayor Milo.

And affects the quality of life of many.

“Trying to make a difference for the betterment of all the people in the community,” said Mayor Milo.

This latest drug sweep was an investigation months in the making.

The next step for this city is increasing preventative drug abuse education programs.