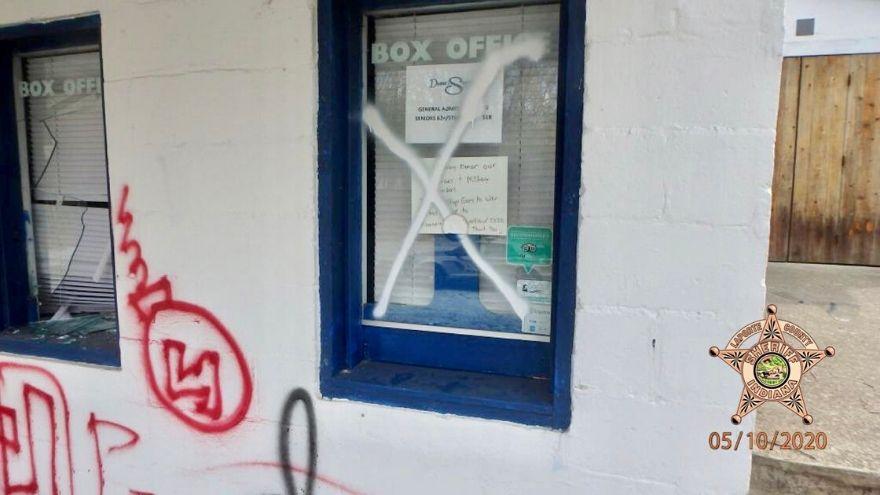 LAPORTE COUNTY, Ind.— The LaPorte County Sheriff’s Office is investigating damage that was done to the Dunes Summer Theatre.

Deputies were sent to the theatre on Shady Oak Drive in Michiana Shores around 8:35 a.m. on May 10 regarding a report of criminal mischief.

While at the theatre, deputies found that the exterior of the main building had been painted with graffiti.

Two windows were found broken and the door had been pried open.

Deputies believe entry was made into the building.

Smaller buildings on the property were also found to have been vandalized.

In a post to its Facebook page, the Dunes Arts Foundation said that graphic language was also spray painted on the buildings.

Police said the vandalism occurred sometime between May 8 around 8:30 a.m. and the morning of May 10.

Anyone with information about the damage is asked to contact Deputy Sweet at (219) 326-7700 or msweet@lcso.in.gov.