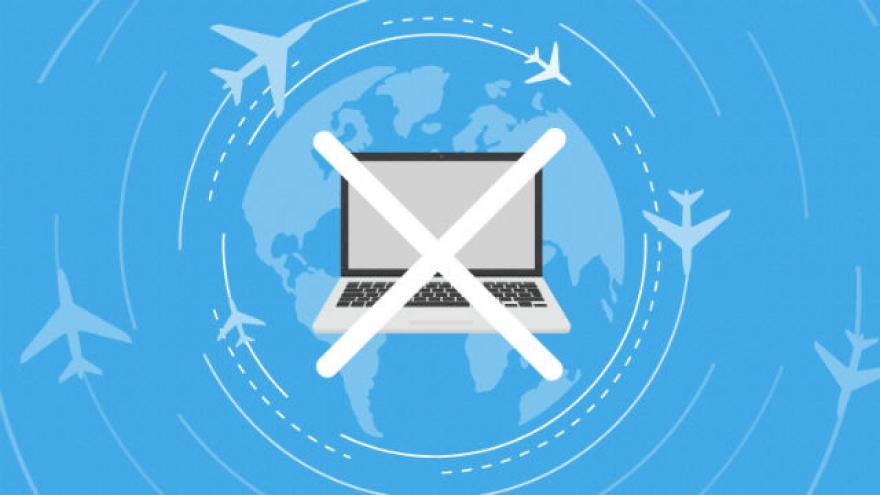 Laptops could be banned from checked baggage on planes due to a fire risk under a proposal being recommended by an international air safety panel. Photo courtesy AllieSchmitz/Shutterstock/CNNMoney

(CNN Money) -- Laptops could be banned from checked baggage on planes due to a fire risk under a proposal being recommended by an international air safety panel.

According to a report, an overheating laptop battery could cause a significant fire in a cargo hold that fire fighting equipment aboard the plane would not be able to extinguish. That could "lead to the loss of the aircraft," according to the proposal.

The ban will be considered by the International Civil Aviation Organization, a United Nations organization, at its meeting this month. Even if the organization endorses the proposal from its Dangerous Goods Panel, which is making the recommendation, it would be up to regulators in individual nations to pass rules to enforce it.

The U.S. FAA has no comment on the proposal. But it is represented on the panel that is supporting the ban, and its research on the risk of fires from laptops is included in the proposal.

Specifically, the FAA's report raises concerns if a laptop battery were to catch fire in a bag that also holds aerosol cans, it could cause the kind of catastrophic fire that could bring down a plane. One of the fears is that by being in the cargo hold, the fire could build past the point where it can be extinguished before it could be detected by the plane's crew.

The good news is that the FAA found that there is a relatively low frequency of laptops being checked in baggage. Most people prefer to carry the laptops with them in the cabin, where any problem can be quickly detected and a fire put out before it spreads.

The fear that terrorists could try to hide explosives in laptops prompted the U.S. Department of Homeland Security to ban laptops from the cabin of planes coming from certain international airports earlier this year. That prompted more people to check the laptops in their bags. At that time some argued the rule posed its own safety problems due the risk of fires from those laptops

Those rules banning laptops from cabins have been removed for most of those airports due to new screening procedures.