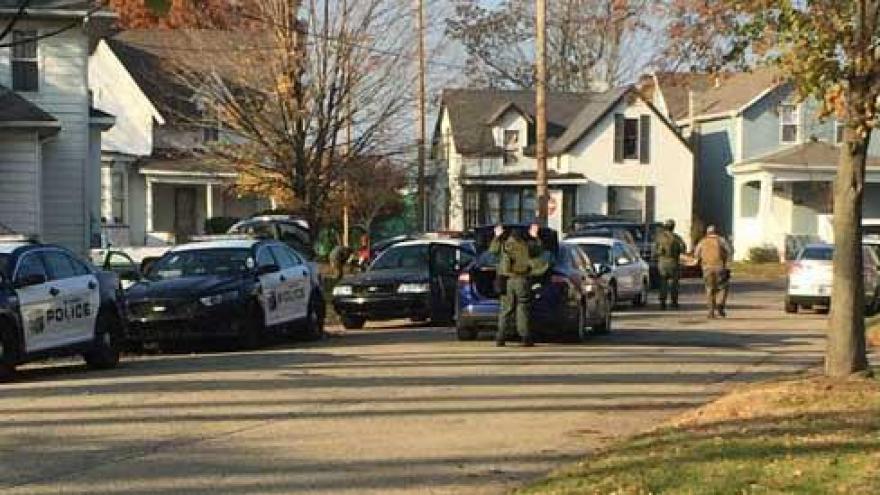 There is a large police presence at Benham Avenue and LaSalle Street in Elkhart. Elkhart Police, Indiana State Police and Mishawaka Police are all on scene.

Elkhart Police said it was related to the robbery of the 1st Source Bank in Mishawaka that happened at 1:45 p.m.

"Right now we’re assisting an outside agency and what we know at this point is earlier today about 1:45 p.m., St. Joe County/Mishawaka area responded to a bank robbery at 4720 Lincolnway East. It was a First Source Bank that was robbed. They were able to tell us that three suspects that were armed entered the bank, robbed the bank of cash and then fled the area. Through the course of the investigation it led to an address at the 1000 block of McKinley Avenue here in Elkhart. We got here and now we’re just assisting them with their investigation. Right now we’re in the process of typing up a search warrant so that we can go into the residence and see if there’s any of the suspects/any evidence or anything like that in there. So we’re just kind of in a holding pattern now while we type that search warrant," Sergeant Chris Snyder of the Elkhart Police Department.

At the time, they were waiting for a search warrant to make sure no one else is inside the house and they can search for evidence.

"We know for a fact there was one person inside the house. They came out, They’ve been cooperative with us thus far into the investigation. And we’re just waiting to get inside so we can verify if there’s anybody else in there or not," Sergeant Snyder said.

Around 6 p.m., Elkhart Police issued a press release and stated the search warrant had been signed and a search of the home was underway.

Caleigh Bourgeois reported police set off tear gas inside the home and discovered there was no one inside. After the home was cleared, police began searching it.