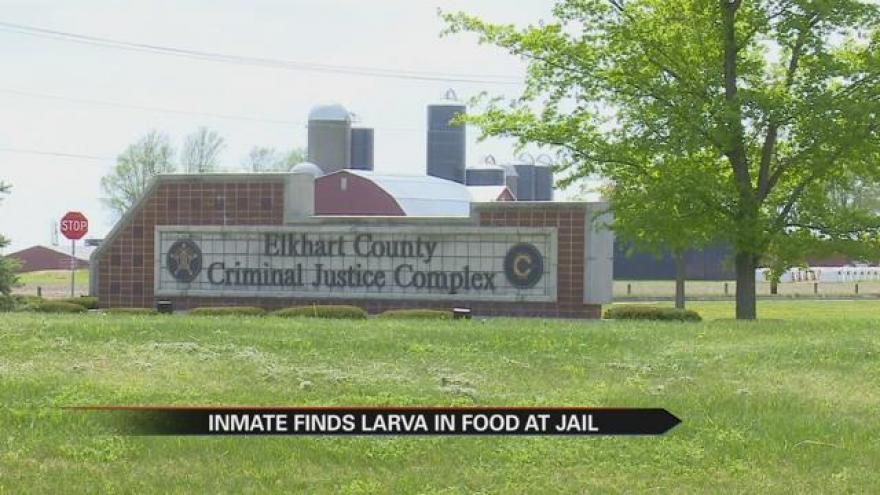 Elkhart County jail shut down all food operations on Sunday.

Captain James Bradberry with the Elkhart County Sheriff’s Department says on Sunday evening around 5:30, an inmate reported some type of larva on a food tray.

The jail commander was called for further investigation.

“One of the officers had actually seen the inmate point out that there was larva in their food,” said Captain Bradberry. “We actually shut down all food operations...”

Captain Bradberry says the jail kitchen was quickly inspected, “Went back to the kitchen and inspected all the meals that were on the carts that were being served, and found no larva.”

But that’s not stopping the investigation. “We had one tray that had larva,” says Bradberry. “I don’t care if it’s one or 100 it’s still alarming and it’s something we take seriously. We wanted to look into it to make sure it isn’t on our end in preparation.”

Bradberry confirms that the jail follows rules and standards passed by the county’s health department. “They actually come in periodically for inspections and we’ve passed those.”

The health department tells ABC57 the jail passed its inspection in December. They are aware of the report and are waiting for the investigation to be completed.

Bradberry couldn’t say how long the kitchen had been shut down yesterday.