Last Americans rush to North Korea ahead of travel ban 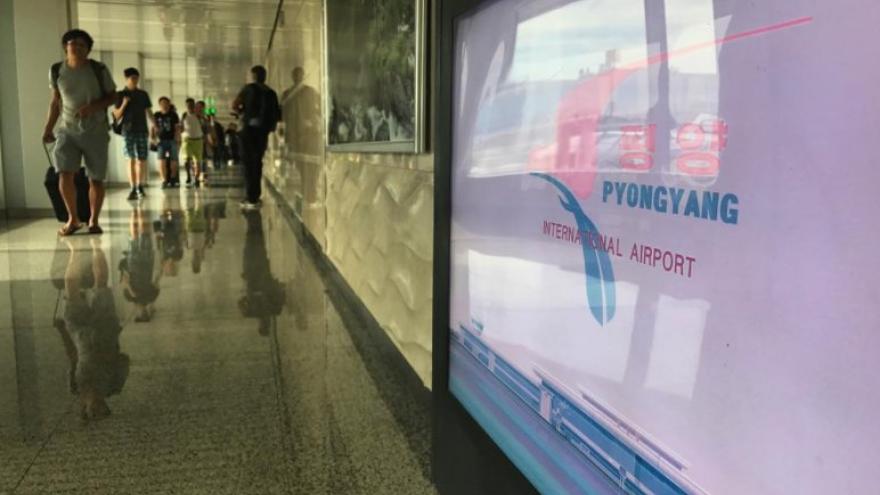 By Will Ripley and Amy La Porte, CNN

(CNN) -- A looming US travel ban has prompted some daring American globetrotters to fast-track their vacations to North Korea.

Beginning September 1, United States passports will be invalid for travel to the hermit kingdom.

"With the upcoming travel ban I felt like it was now or never," said Virginia resident Nicholas Burkhead, who lamented that he had run out of time to learn Korean before the travel ban.

For Burkhead and others like him, the threat of arrest and imprisonment in the totalitarian state is seemingly not a deterrent, nor is the looming threat that Pyongyang could become the staging ground for a nuclear war.

As the United States and South Korea conducted their annual joint military exercises on Friday, Pyongyang fired three short-range ballistic missiles into the sea between the Korean Peninsula and Japan. Two missiles flew successfully while a third exploded moments after launch.

The US ban was issued a month after the mysterious death of Otto Warmbier, a 22-year-old college student from Ohio who was imprisoned for nearly a year and a half, and returned to his parents in a coma from which he never woke up.

There may be exceptions to the ban, though, at the discretion of the State Department. Journalists are one example.

"US passports will be invalid for travel to, through and in North Korea, and individuals will be required to obtain a passport with a special validation in order to travel to or within North Korea," said Heather Nauert, a State Department spokeswoman.

Despite the recent tensions and missile launches, tourism to North Korea continues, though a recent flight was a little emptier than usual. There were eight Americans on board, among the last to be allowed in under tourist visas before the ban.

"It's a pity for anyone curious to go, but especially for North Koreans who might want to know what American visitors are really like," said Simon Cockerell, who was on the flight.

Cockerell is the general manager of Beijing-based Koryo Tours, which specializes in helping tourists get to North Korea.

It was Cockerell's 165th trip to the reclusive country.

"At the end of the day, everybody is exactly the same," said Washington, DC, resident Ali Karim.

Karim, a former doctor traveling the world with a message of unity, said he moved up his trip to North Korea by several months to beat the ban.

The State Department does not track the number of American travelers to North Korea, but tour operators have estimated that it is about a few hundred each year.