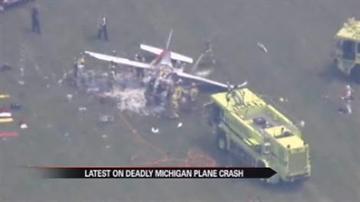 OAKLAND COUNTY, Mich. — The last call made by the 19-year-old pilot who crashed a plane in Michigan has been released.

Troy Brothers was piloting the single engine aircraft when he radioed air traffic control. He said the plane was overweight and they needed to land. Before they could land, he, his two parents and his brother-in-law all died when the plane crashed.

"We're a little overweight," said Brothers to the air traffic controller. "We're gonna have to land."

The airport shut down and other planes were not able to land afterwards.