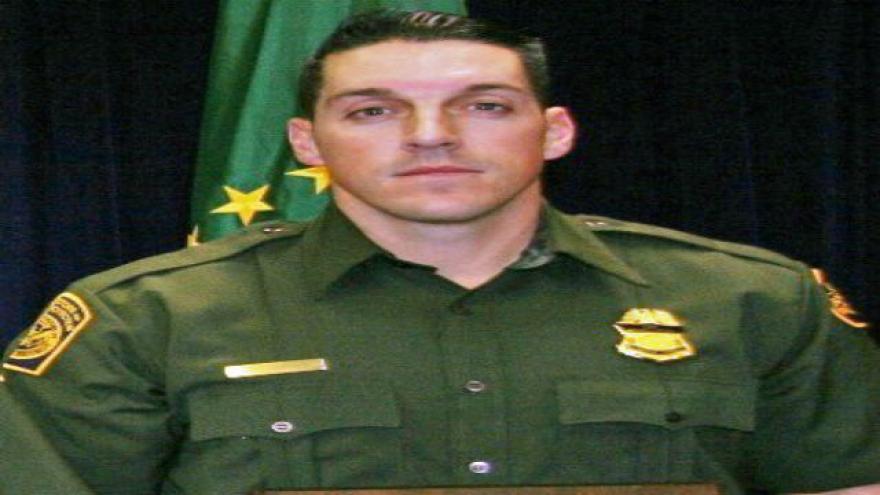 (CNN) -- The last of seven suspects in the 2010 murder of Border Patrol Agent Brian Terry was arrested over the weekend, the US Department of Justice said in a statement.

Jesus Rosario Favela Astorga, 37, was arrested in Mexico and is awaiting extradition to the US. He was charged with first-degree murder in connection with Terry's killing.

Authorities said Terry was fatally shot near Arizona's border with Mexico during a gun battle between Border Patrol agents and a group of five men, including Favela Astorga.

The men were looking for drug traffickers to rob of marijuana, officials said.

"The arrest of Favela Astorga resulted from the unwavering commitment of the United States and our law enforcement partners in Mexico to bring to justice those responsible for the murder of Agent Brian Terry, who made the ultimate sacrifice while serving his country," Acting U.S. Attorney Alana Robinson said in a statement.

Terry's killing put the public spotlight on the controversial Bureau of Alcohol Tobacco Firearms and Explosives' operation known as "Fast and Furious" and led to the historic vote by the House of Representatives that found US Attorney General Eric Holder in contempt of Congress.

From 2009-2011, the ATF and partner agencies allowed illegal gun sales in order to track the sellers and purchasers, who were believed to be connected to Mexican drug cartels.

Nearly 2,000 firearms from the program went missing, some turning up at crime scenes in Mexico -- two at the site of Terry's death.

But US officials have not produced evidence proving that Terry was killed with either of those guns.

The program has been blamed for contributing to crimes including Terry's death, and became a partisan bone of contention as November elections approached.

Favela Astorga was the final of seven people accused of Terry's murder to be brought to justice.

"We are pleased that each of the seven defendants who have been charged with playing a part in the death of Agent Terry will be held accountable for their actions," Robinson said.

In April, 38-year-old Heraclio Osorio-Arellanes was arrested at a ranch on the border of the Mexican states of Sinaloa and Chihuahua by US and Mexican authorities.

Three others involved in the shootout already have been convicted of murder. One of them agreed the shot that killed Terry was fired by a member of his group, according to his plea agreement.

Two others who were not present during the shooting were charged with conspiracy and firearms offenses in connection with the killing.