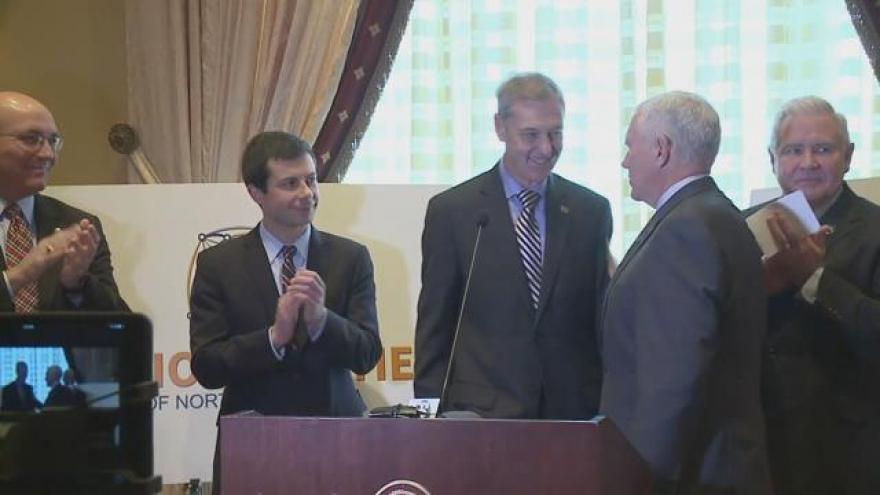 Last December, St. Joseph, Elkhart and Marshall counties were selected as one region, to receive $42 million from the state of Indiana.

It was all part of the Regional Cities Grant, which challenged regions across the state to vie for money to help boost tourism and local economies.

But now it is uncertain how much the North Central Indiana region will receive, and if it will receive any at all.

After years of hard work and planning the North Central Indiana region received $42 million from the Regional Cities Initiative.

“The Regional Cities Grant has truly been transformational for our region and so many regions,” said Michiana Partnership President and CEO Regina Emberton.

The state allocated $84 million in the budget, with the thought it would be split two ways by the two winning regions.

“I’m really confident that our governor and legislatives will fully fund all three of the regions that were awarded in December,” Emberton said.

But it is unclear if it will happen.

“When we passed Regional Cities in the budget for $84 million, we never specified how many regions there could be. We just said there had to be no more than 84 million dollars so I think the real issue is now they’ve come back and asked for 42 additional,” said Senator Ryan Mishler, who represents District 9.

He said the state collected around $170 million for tax amnesty, allotting the first $84 million to Regional Cities.

“So since we had a little bit more money I think the governor was hoping we could take $42 million and he could award a third region,” Mishler explained.

But now it is unclear if these regions will all receive that much.

Senate bill 302, which would award each region $42 million has passed through the senate.

Now the house is considering it.

“If this bill doesn’t pass then each region can’t get $42 million,” Mishler explained.

Lawmakers said the $84 million could get split three ways, $28 million to each region.

But it is possible a region could be eliminated completely.

A decision is expected by the end of next week.