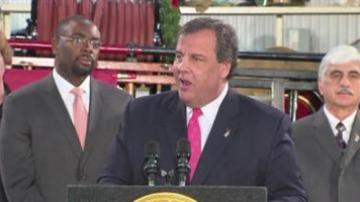 New Jersey lawmakers are trying to get down to the bottom of the George Washington Bridge lane-closure scandal.

Lawmakers are investigating allegations that top Christie appointees orchestrated traffic jams on the bridge as a form of political payback.

Christie continues to claim he had no idea it was happening. He even spoke about his disappointment on the issue at an event in Chicago Tuesday.