Leaders are needed for Elkhart neighborhoods 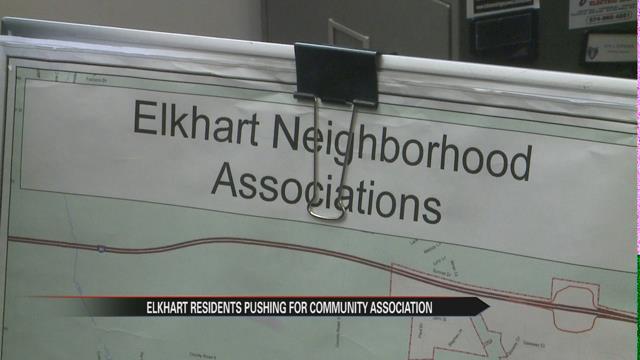 In Elkhart there is a push to build more neighborhood watch groups. Advocates of these groups say leaders are needed to step up and grow their community.

“Things have changed for the best because now they know these people more intimately and what their needs are,” says Dennis Correll, Building Commissioner of Elkhart.

Correll is referring to residents getting to know one another through neighborhood associations.

Correll says the groups are the eyes and ears of a community and can help improve the overall quality of life in their neighborhood.

Budget cuts phased out the person who managed these groups.

Now Correll is managing 55 neighborhoods on top of his other responsibilities.

“It's not the type of thing where you can force people to do this and it's like anything else when you get a neighborhood association 10 percent does 90 percent of the work so you really have to find the core 10 percent,” says Correll.

Dwight Fish, the leader of the Hudson Sterling Neighborhood Association, says his group is willing to stand up and raise their voice.

“When you need something you go ask for it and you say hey put us on the list and here is what we need,” says Fish.

Over the past year they have worked to get blighted houses torn down and new houses built. Over the past month new sidewalks have been added to areas that were once lacking.

“We are repairing and replacing and using recycled materials. There are lots of cost effective ways to build your neighborhood,” says Fish.

Correll says he is willing to help start the rebuilding process.