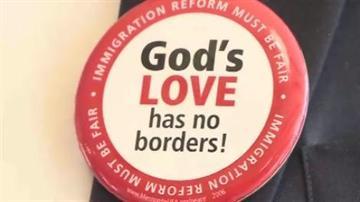 “For me personally, I just feel sad. And then at the same time, angry, because I know how hard these people have worked,” said Alvarado.

But her story isn't unique.

"There are hundreds and hundreds of Melody's in the state of Indiana, and our nation as well,” said Jesusa Rivera, President of TAP's Civil Rights for Immigrants.

They also discussed what it takes to become an American citizen.

"It can take 17 years. That seems unacceptable to me that anybody would have to wait that long,” said Reverend Wendy Bruner, Zion United Church of Christ.

And why they want to be a part of the solution.

"We want to be basically in the middle to draft and shape this,” said Rivera.

It's estimated that 13 million unauthorized immigrants live in the US. Many of them in the shadows in places like South Bend.

Which is why the mayor, and others, encouraged staff of Indiana's congressional members to push forward with legislation so Hoosiers like Melody can have the same access to education her neighbors do.

"There are resources for our economy to make jobs, to found companies someday. I mean, Google was founded by immigrants, so you never know,” said Melody Alvarado.

State lawmakers still have to vote on that issue.

But even larger than Indiana is what's happening nationally.

The president has called on congress to draft legislation in the next couple of months saying if they can't come up with something, he will.