Legal matters: who advised Buttigieg and when 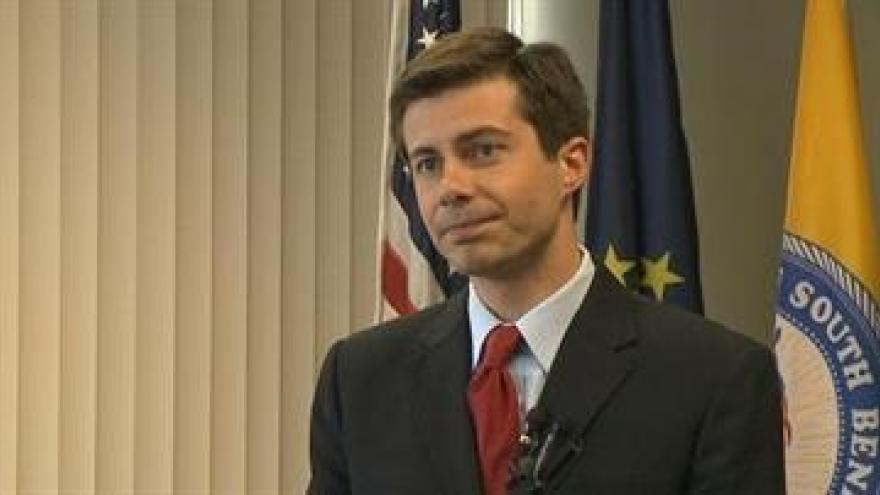 SOUTH BEND, Ind. – For two months Mayor Pete Buttigieg has had to field questions about his decisions related to a federal investigation into the South Bend Police Department and accusations of federal wiretap law violations.

According to Aladean DeRose, the current interim City Attorney, the need for legal advisement started while she was on vacation. In her absence, the mayor brought in an attorney.

Buttigieg has stated several times he commissioned a special attorney to advise him on the issue, but some are wondering if he made a good choice in that attorney.

Others wonder if he made the choice at all.

According to Buttigieg, he commissioned Faegre Baker Daniels attorney, Rich Hill, to give him legal advice related to the scandal at the police department involving the recording of phone lines.

According to his biography at the Faegre Baker Daniels website, the majority of Hill’s work load is economic related.

He was instrumental in developing the use of tax incremental financing in Indiana.

He represents private and governmental entities in negotiations for economic incentive packages when they are financing or constructing retail or industrial projects.

Real estate development projects, as well as the purchase, sale, and operation of professional sports franchises, are two other areas of his expertise.

Hill, according to the website, also routinely advises various groups on municipal law; not federal law.

According to both Darryl Boykins and Karen DePaepe, Rich Hill was present when they were both removed from their positions.

Depaepe said Hill gave her a choice, she could resign or be fired. Depaepe said she refused to resign and that Hill replied, “then they would have to fire her.”

The termination occurred on April 10, three people other than DePaepe were present; the Mayor’s Chief of Staff, Mike Schmule, interim Chief of Police Chuck Hurley, and Rich Hill. Interim City Attorney DeRose did not attend the meeting.

On Friday, June 1, Buttigieg was asked who has advised him on the legal matters surrounding this scandal from start to finish. He told us DeRose, Hill, and Professor G. Robert Blakey from Notre Dame’s Law School.

According to Buttigieg, Blakey wrote the federal wiretap act, but Blakey told us he was chief counsel of the committee that wrote it.

We then pointed out that just days prior, we had met and talked to Professor Blakey and at that time he had little to no detail about what had happened. So we asked Buttigieg when he was advised by Blakey.

“I spoke with him yesterday afternoon, and shared some information with him overnight,” said Buttigieg.

More than two months had gone by since Buttigieg had first removed Boykins from his position as Chief of Police because, as Buttigieg put it, he was suspected of felony violations of the federal wiretap act.

It turned out the U.S. Attorney handling the case found nothing that warranted federal prosecution, leading some to believe that had the mayor sought expert advice sooner.

They argue, he may have avoided potential civil lawsuits from the two employees he removed from their positions, had he placed them on administrative leave pending an official outcome.

Instead, Buttigieg says he fired DePaepe and demoted Boykins to save them from prosecution.

An expert in the way federal law works could have told him that was a waste of time.

All federal felonies have to go through an indicting grand jury. The prosecutor, in a sense, works for the grand jury.

The grand jury can also be investigative, which according to Blakey, was what subpoena the cassette tapes. An investigate grand jury does not indict.

The mayor has stated several times that, it was his impression that the U.S. Attorney was going to indict Boykins and DePaepe if he didn’t remove them from their positions and make changes to the policy at the police department.

He even goes so far as to say a letter from the U.S. Attorney supports that claim.

However, the letter reads, “We advised that our primary concern was that the SBPD practices comply with federal law.”

It also reads, “We have not, and cannot, give any specific guidance on future compliance…” and “We have carefully reviewed this matter and the existing case law and have discussed in detail with career experts in this area at the Department of Justice. It is our opinion that no federal prosecution is warranted.”

There is no mention whatsoever that the Mayors actions to remove Boykins and DePaepe from their positions had any impact on the result; leaving some wondering how the mayor was left with the impression he needed to remove them and how that was going to do anything.

Some also wonder what his legal advisors at the time, Hill and DeRose, were telling him.

Finally, a trend has emerged in all of this.

Hill was City Attorney from 1980-86. Interim Police Chief Hurley was the chief from 1984-88, and Roger Parent was mayor for that whole time, 1980-88; meanwhile Mayor Buttigieg was not even  born until 1982 and would have been a toddler while Hill and Hurley executed their jobs for the city.