Legendary Head Coach Mike Lightfoot steps down; reflects on his time at Bethel 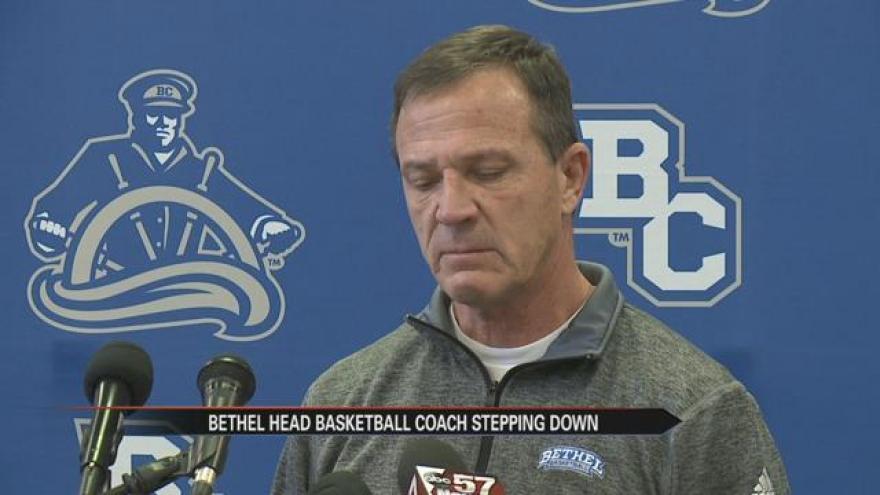 After 39 years of coaching, Bethel Head Coach Mike Lightfoot is calling it quits.

Lightfoot announced Wednesday that he would be stepping down at the end of this season.

"I finally got to that point where I was like I'm okay with not being the basketball coach, my identity is not in that alone," Lightfoot said.

After coaching at Mishawaka Marian for 9 seasons, Lightfoot took over at Bethel but two games in, he was just wondering if he would make it to season 2.

"John Parent asked me, he said, 'Coach how'd you sleep after knowing you're the first Bethel Coach to lose his first two games?' I said, I slept like a baby. Cried every two hours," Lightfoot said.

777 victories later, Lightfoot leaves as one of the most successful coaches in college basketball. During his time at Bethel, he captured Seven  National Championships (3 NAIA, 4 NCCAA), five National Coach of the Year awards, 14 tournament appearances, 18 Crossroads League championships, 13 Sweet Sixteens, seven Elite Eights and five Final Fours. All the victories he says sums up the great people who have surrounded him in his time but there's one moment that hits close to home, making Lightfoot emotional.

"We had the opportunity to do something that no other coach in the country has been able to do, and that is to cut down the nets as a championship team...... with my sons......... very few dads get to experience that," Lightfoot said.

Lightfoot mentioned Thursday that he doesn't care about all his wins, but the impact he's been able to make on so many young men.

"People say, how many wins are you going to have? Doesn't matter. That has never mattered to me. What matters to me is our guys working hard, doing the right things, are they graduating, those are things that have mattered to me. Winning has just been a blessing to that," Lightfoot said.

His time on the bench now has an expiration date, but even when he's gone, Lightfoot says he won't be far away.

"I won't be the coach anymore at Bethel but I'll always be there coach and I love them. I love all of them," Lightfoot said.