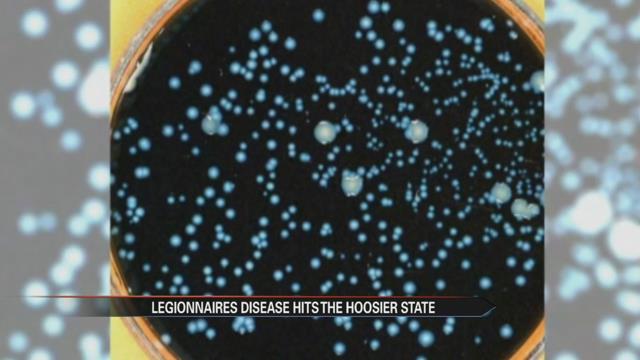 Legionnaire’s Disease is gaining attention in Indiana ever since the outbreak started in the South Bronx area of New York City this past July.

That outbreak has claimed the life of 10 people and left 29 in the hospital. There are 101 confirmed cases of the disease associated with the Bronx outbreak.

Since then, the disease has also been confirmed in Michigan and Ohio, with one reported death in each state.

The disease is in Indiana now too; although health officials cannot be certain that these other incidents are related to the cases in the New York City area.

Ryan Alma is the Assistant Fire Chief at the Burnettsville Fire Department. He contracted the disease in July and was hospitalized.

It is unclear how he got the infection but he is now back home and expected to make a full recovery.

Legionnaire’s Disease is caused by a type of bacteria called Legionella that is found naturally in the environment, usually in warm water.

People can get the disease when they breathe in a mist or vapor that has been contaminated with the bacteria, according to the Centers for Disease Control

It can take on pneumonia like symptoms and can leave people with a cough, shortness of breath, high fever, as well as head and muscle aches, according to the CDC.

People who smoke, are over the age of 50, or with chronic lung diseases are at a higher risk for becoming infected, according to the CDC.

The key to prevention is keeping Legionella bacteria out of water, according to the CDC.

For more information on the Legionnaire’s Disease, click here.