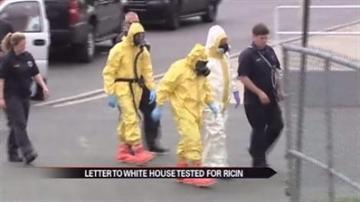 A letter mailed to the White House is being tested for the poison ricin.

In the letter a man warned the government would not be able to take his guns away and that he would have to be killed before he gave up his weapons.

Neither President Obama nor Mayor Bloomberg were harmed.

The letters were postmarked 10 days ago in Louisiana.

So far, no suspects have been named.

This is not the first ricin attack this year. A man was arrested for sending ricin laced letters to President Obama and a senator earlier this spring.