Light lake effect snow showers, mostly west of South Bend could bring up to an inch of accumulation for some. Temperatures fall into the lower 20s and upper teens tonight.

The forecast midweek is still up-and-down, highs struggle to break the freezing mark Tuesday, warm into the 40s Wednesday and then crash again Thursday into Friday. The start of February looks cold again with below normal temperatures and a chance of accumulating snowfall this weekend. 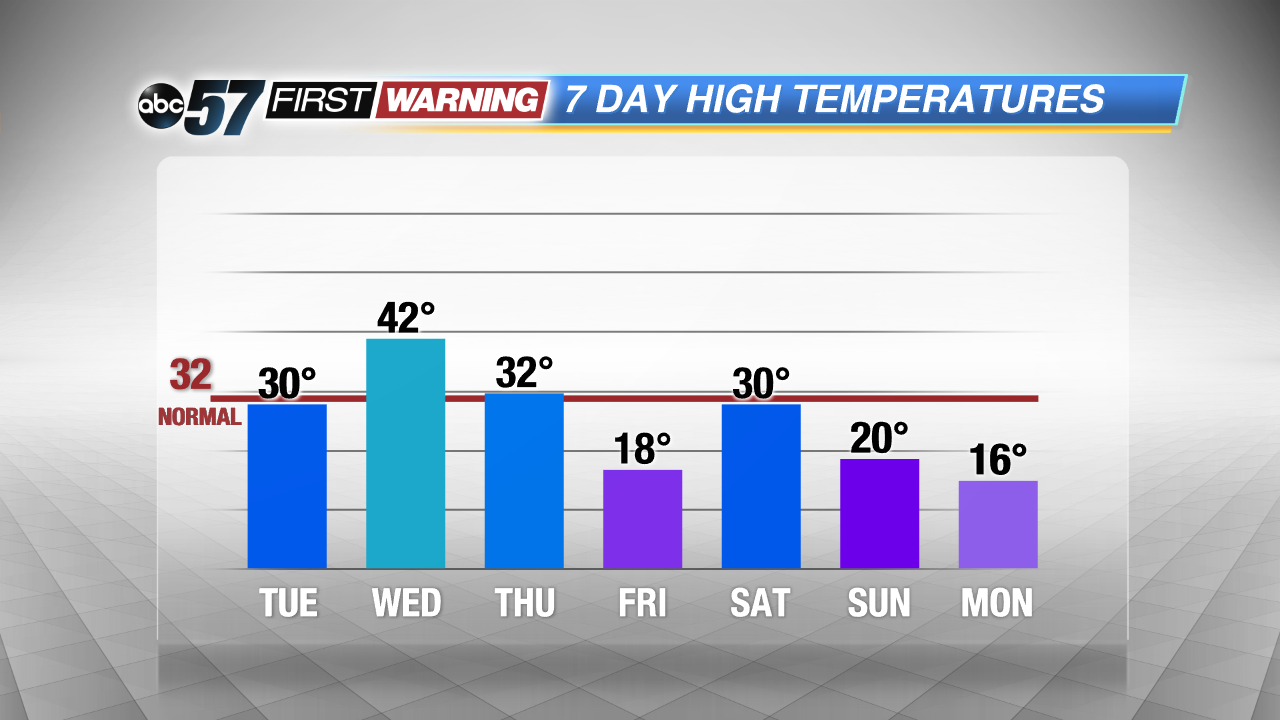