Linda Tripp, who was pivotal in Clinton impeachment scandal, dies 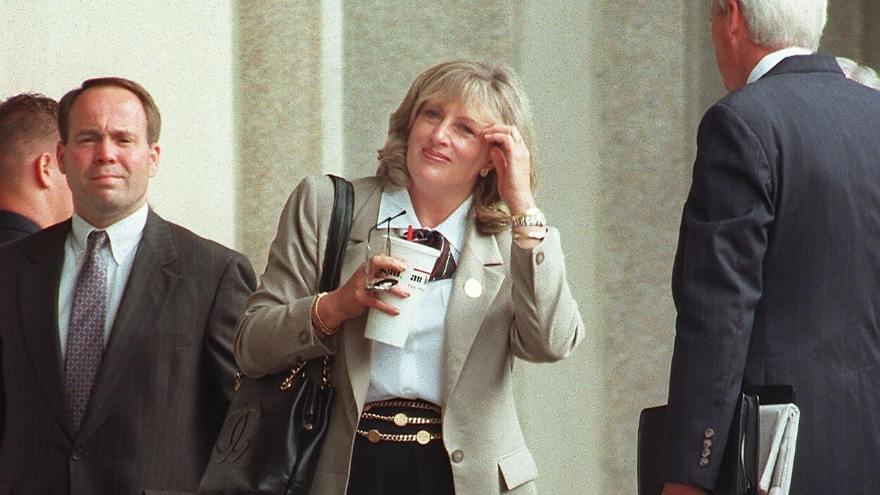 (CNN) -- Linda Tripp, who secretly recorded her conversations with Monica Lewinsky about the then-intern's relationship with President Bill Clinton in the White House, has died, according to her mother, Inge Carotenuto, and her former attorney, Joseph Murtha.

Carotenuto told CNN that Tripp had been diagnosed with late stage pancreatic/lymph node cancer in the last few days. Tripp had previously been treated for breast cancer. She was 70.

Tripp, a friend of Lewinsky's at the time, turned the 20 hours of tapes over to special prosecutor Kenneth Starr. The scandal ultimately led to Clinton's impeachment for perjury and obstruction of justice, though he was ultimately acquitted in the Senate.

Lewinsky, despite their prior experiences, expressed well wishes to Tripp as reports indicated Wednesday that her health was failing.

"(No) matter the past, upon hearing that linda tripp is very seriously ill, i hope for her recovery. i can't imagine how difficult this is for her family," Lewinsky tweeted.

Lewinsky began to tell Tripp, a coworker of hers at the Pentagon, of her relationship with Clinton in the summer of 1996. Tripp began taping their conversations in the fall of 1997.

After contacting Starr about the tapes in January 1998, she met with Lewinsky again while wearing a wire, at which point Lewinsky coached Tripp on what to tell lawyers about Kathleen Willey, another former White House staffer who had testified about alleged unsolicited sexual advances made by Clinton in 1993.

When asked on Larry King Live in 2003 whether she regretted it, Tripp replied, "No, I would do it again."

Speaking on the podcast "Slow Burn" in 2018, Tripp defended her actions as motivated by the idea that it would ultimately help Lewinsky.

"This was flying by the seat of my pants, terrified, out of my wits, completely guilt-ridden that I was having to manipulate her, but convinced in my soul that in the end it would benefit her. That he would no longer be able to do this to hurt anyone else," she recounted.

Tripp told the podcast that, at the time, she was being disingenuous while taping Lewinsky but only because she felt that she had to be.

"There wasn't a thing about those three months that were authentic. Everything prior to that was, but I needed everything to be recreated and it was beyond manipulative," she said. "Did I want to do that? Not necessarily, but I felt like I had no choice."

Tripp was open that she sought to go after Clinton, saying that Lewinsky's story established "a pattern of behavior that otherwise I believe wouldn't have had credibility" and that she "was eager for this information to fall into the hands of the Paula Jones attorneys," who sued the President on sexual harassment charges.

"But to say it was distasteful, to this day I have enormous guilt about" disseminating information to the press and FBI, she said.

"And of all the people I care about understanding, she's the one I wish I could convince," Tripp added, referring to Lewinsky. "And that'll never happen, so."