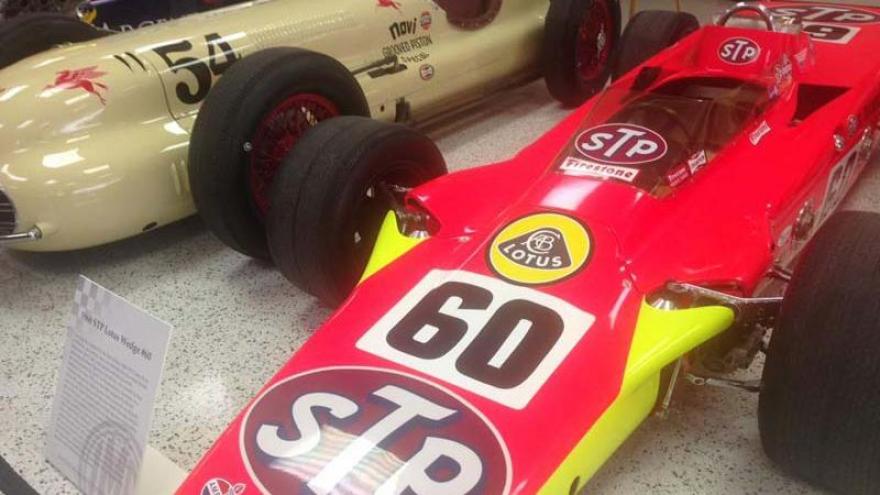 INDIANAPOLIS, Ind. - The 99th Indianapolis 500 kicks off this weekend. And the race carries with it a rich history, one that includes a former South Bend auto giant.

Studebaker had a major impact on South Bend and its history is intertwined with champions in the form of two cars – an STP Lotus and a Novi.

"Quite magical things about them,” said fan Peter Mackinder, from the United Kingdom.

Back in 1961 South Bend automaker Studebaker made a championship sweep, acquiring STP, then owned by Hall of Famer Andy Granatelli.

It also made an investment in Novi vehicles. The Michiana racers are recognized by car enthusiasts from around the country.

The 1968 STP Lotus clocked in at more than 160 miles per hour, innovative for its time.

"You see a lot more aerodynamics and ground effects built into the cars,” said Jarnagan.

The Novi's were a crowd favorite in the 40's. It's a front engine car, one of the last of its kind.

"Very impressive. I would wonder what this kind of a car would be worth right now,” said Jarnagan.

For Mackinder, the warm memories of Studebaker are priceless.

"Studebaker did stick in my mind because many years ago when we used to collect die cast models one of my first memories was of a lovely Studebaker Golden Hawk,” said Mackinder.

Even though production in South Bend stopped in 1963, the brand still has power.

Museum officials say they get requests to see the original Studebakers all the time. They have three in storage and those will soon be on display.