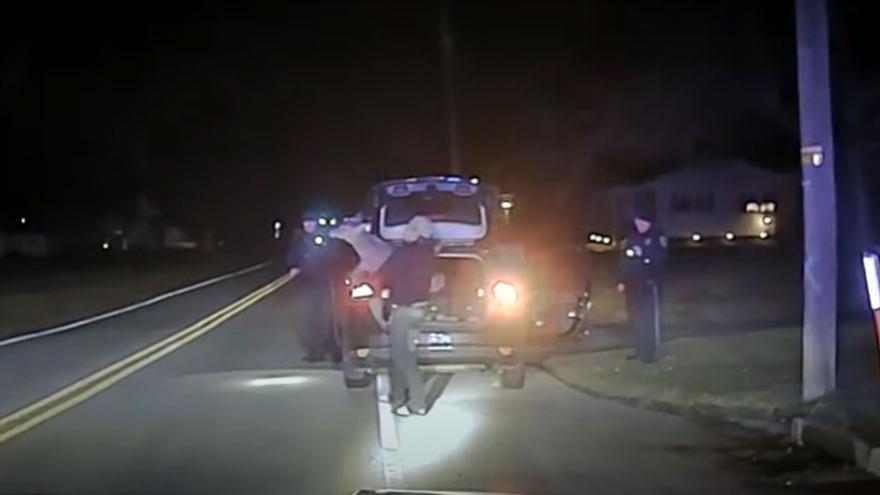 NEWBERRYTOWN, Pa. (AP) — Police who pulled over a suspected drunken or drugged driver in Pennsylvania discovered a live deer that had apparently been hit and then placed in the hatchback area of her car.

The animal was freed after the stop Thursday by police in Newberry Township.

Police say the car's occupants told officers they had realized the deer was still alive but kept driving.

Police told a passenger to release the deer.

It was seen in a video posted by police struggling as it was carried across the road.

Police say the 19-year-old driver is being investigated for suspicion of driving under the influence of alcohol or drugs.