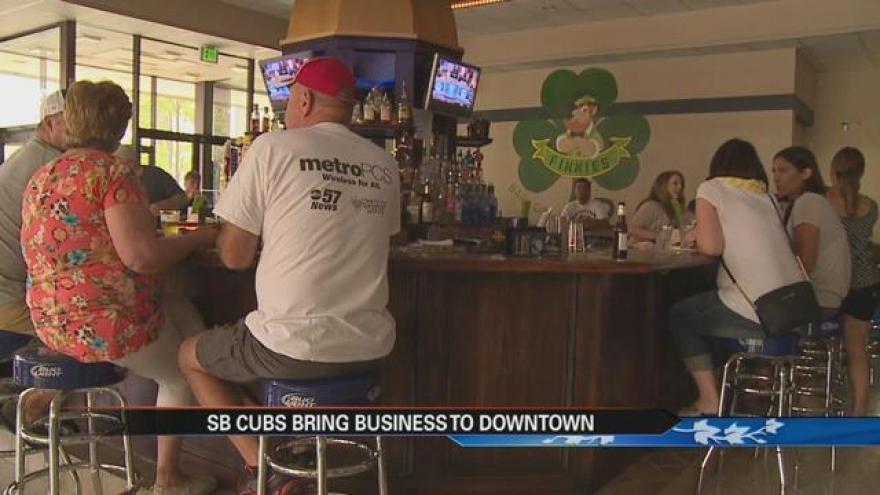 Over 345,000 people came downtown to watch the South Bend Cubs play this season, that’s the largest in the franchise’s history.

And when those fans left the ballpark they hit up the local spots.

“The South Bend Cubs have brought people downtown to consume all the amenities that are here in terms of restaurants and shops and things of that nature,” said Aaron Perri, Executive Director Downtown South Bend.

For South Bend Cubs President Joe Hart boosting local business and revitalizing the community were all a part of his game plan.

“They have brought in a lot of foot traffic in the South Bend area which is a great plus for all of the businesses in South Bend,” said Amat.

As the Cubs season comes to a close, all that new foot traffic in and out of local businesses is preparing them for their busy season.

“It’s no secret that the Notre Dame football season is one of the most exciting seasons in South Bend,” said Perri

And South Bend businesses are more than ready for fans of the Fighting Irish.

“If you don’t have tickets to the game or you’re done tailgating you can bring the party on over to us,” said Amat.

Hart also said that it’s not just local businesses but the entire community that really made this a great season for the Cubs. He said he plans to keep that positive momentum going into next season.