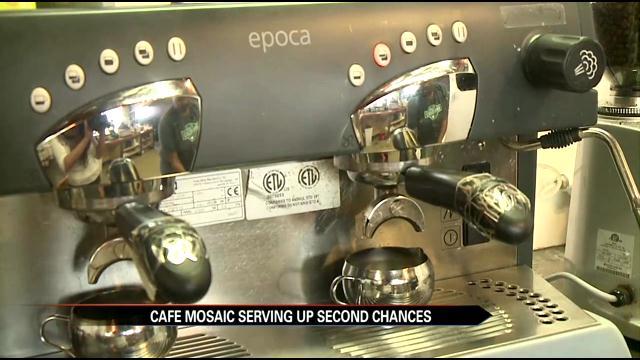 Cafe Mosaic and Resale Store in Benton Harbor is changing lives one hire at a time.

The cafe is the most recent social enterprise in the community.

Makeisha Patrick is 21 years old and a single mom.

The cafe is part of an initiative to create jobs and provide on site training.

Patrick said, “I'd been praying I need a job, I need a job, and they called me out of the blue. I was going through a hard time. My phone rang early one morning and he told me you're hired.”

According to the cafe manager, they hire residents with barriers to employment like a criminal record.

Andrew Collin said, “The coolest thing that I see is guys and girls who may have trouble with the law, so they've made some mistakes in their past and not a lot of employers want to take a chance on them.”

Collin said, “But at the end of the day each person has to make their own decision and sometimes bad decisions are made again. It's hard to see, but we try to walk alongside them the best we can and give the best we can.”

The director of operations at the Overflow Christian Community Development Association said this non-profit is three-fold, and the cafe is the newest addition.

Beth Lee said, “Besides the two social enterprises that you've seen here already, Cafe Mosaic, and then Mosaic Resale Store, we also have Harbor Shine Lawn Care and Snow Removal! That was the initial social enterprise that started.”

All of the items at the resale store are made locally and bought locally. The Mosaic Cafe is open Monday through Friday from 7a.m. to 6p.m. and on Saturday from 9a.m.-2p.m.