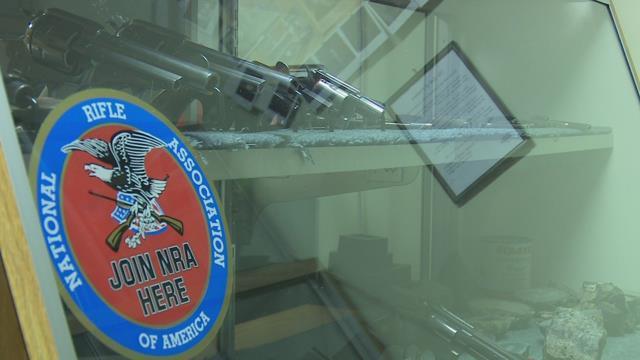 A Michiana gun store owner and gun advocate is chiming in on the national gun control discussion sparked by the Orlando shooting.

This man was also able to challenge President Obama’s gun control policies in a town hall meeting in Elkhart on June 1st.

After recent news of a terrorist attack in Orlando, Dough Rhude says first thing he thought when he saw the news of Orlando was “this is terrible.”

But as a veteran and a member of the NRA he then thought: “oh no! This incident is going to turn into a discussion to take my guns away.”

The Senate will now vote on two gun control measures and those like Rhude are concerned reform could turn into a ban.

“People want things sometimes and if they can legally own them and responsibly own them there shouldn’t be any reason to take them away from all the good people,” says Rhude.

Rhude also owns a gun shop and says further tightening gun laws is not going to stop incidents like the Orlando massacre.

“When something happened like this terrorist attack down there instead of going after the problem or that person we want to go after the symptom which is he used the gun to commit the crime,” says Rhude.

In Rhude’s question to President Obama at the PBS town hall meeting last month, he compared how we deal with drunk drivers to dealing with mass shooters.

As proposed in the nearly 15-hour filibuster that ended early Thursday morning, Rhude can agree to keep guns out of the hands of suspected terrorists.

“Absolutely I don’t want guns in the hand of one bad guy not one,” says Rhude.

Rhude says gun control is a fine line that he hopes can be maneuvered without taking away his right to bear arms.

“We have to ride that fence of watching out for somebody’s civil rights and their constitutional rights versus protecting the rest of us,” says Rhude.