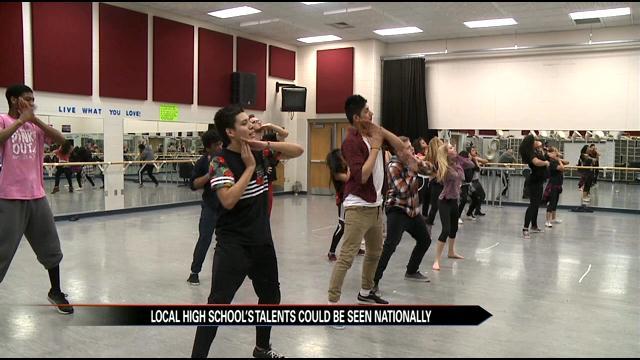 An Elkhart high school dance team for at risk students could have their talents seen all across the country.

Concord High School's dance team was one of the on-site callback talents that auditioned for the national reality show, America's Got Talent.

The group was created by the school's resource officer Rich Matteson and dance instructor Stephanie Pairitz in the hopes to keep at-risk students off the streets.

"A lot of the students that were having some difficulties were often the students who were flipping off the bleachers and dancing in the bathrooms," said Pairitz.

Officer Matteson rounded up those students and started an after school dance group for them to practice their moves.

Shortly after its creation, Pairitz came on board to give the group structure.

She led the school's dance team and looked to introduce the new recruits to a new style of dancing.

"Once they entered the dance team, we had them taking ballet, contemporary and jazz classes so they could start learning choreography and developing technique as a well-round dancer," said Pairitz.

The team would go on to place in several regional and national dance competitions, but their big break came when Pairitz decided these kids were ready for prime time.

"With the feedback from previous competitions, we decided they should audition for something on a national level," said Pairitz.

Their talent, according to Pairitz, is a product of the program's mission to get their students to dream big.

"I continuously put goals in front of them that are just maybe a little beyond their grasps so it keeps propelling them forward and keeps them from looking back and getting into trouble," said Pairitz.

And many students believe it's working.

"My GPA was horrible," said the team's leader Diamond Burdine. "I didn't care about school, wanted to quit, I wanted to get into fights all the time but getting where I am now I love it and I couldn't be happier."

Burdine is a recent graduate of Concord High School and came back to mentor the team's current roster.

"Teaching these people and help out the members is really incredible," said Burdine.

The team hasn't heard back yet from the show, but he says just making it to the second round of auditions was enough to keep the kids motivated.