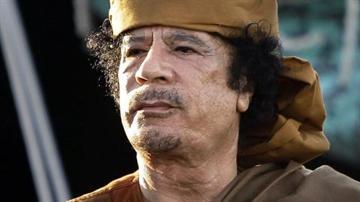 SOUTH BEND, Ind. – Local leaders are stepping up and speaking out about the end of the Libyan dictator's regime.

“The final end of the Qadaffi regime in Libya is long-awaited news and serves as a clear message for dictators around the globe. Qadaffi’s influence led to the suffering of his own people as well as Americans and U.S. allies that were victims of the terrorist attacks he supported.

“It is my hope that the international coalition has staying power, not only in Libya but in places like Syria, too, so the voices of pluralism and tolerance receive the support they need and extremists are prevented from hijacking revolutions to advance violent agendas.”

“The death of Qaddafi is welcome news to the Libyan people who are seeking greater freedoms and an end to brutal oppression. In June, I voted for a resolution granting authorization for the limited use of force in Libya and opposing the use of U.S. ground forces there because I believed ending Qaddafi’s regime was in our national security interests. While this resolution unfortunately did not pass, I believe focused, limited support from the United States was the right thing to offer in ending this regime.”