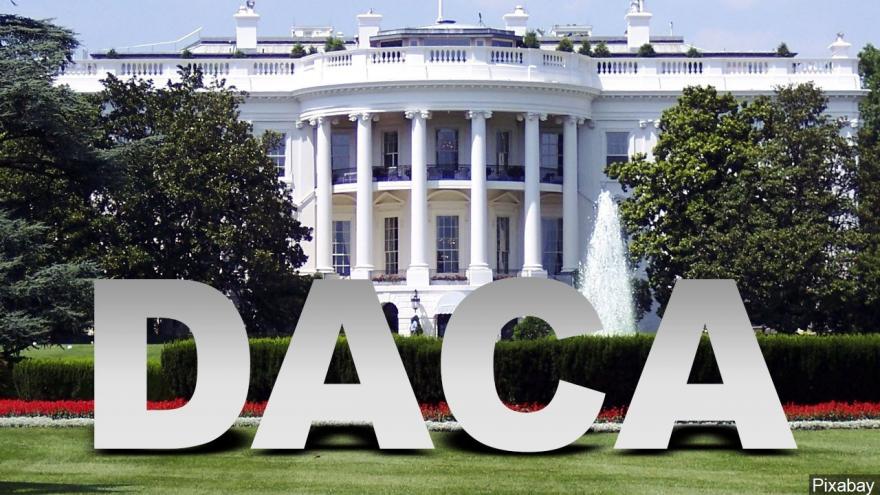 The Trump Administration announced Tuesday morning it is rescinding the Obama administration's Deferred Action for Childhood Arrivals (DACA) program. There will be a six month delay in the program's termination.

Michiana legislators released comments on the termination of the DACA program.

“Hoosiers want us to follow the Constitution and uphold our immigration laws. President Trump’s decision today is a step toward finally addressing illegal immigration in our country,” Messer said. “Let's remember, President Obama's decision to unilaterally rewrite our laws was illegal. Now, Congress has its chance to pass legislation that secures our border, restores rule of law and delivers on our promises to the American people. The details of any legislation addressing DACA’s phase out will matter, and I am eager to get to work on a solution.”

“President Obama clearly exceeded his executive authority in creating the DACA program, and now President Trump is restoring the proper constitutional role of the legislative and executive branches. Our immigration system is broken, and we have an opportunity to address this issue, secure our borders, and strengthen enforcement. I look forward to working with my colleagues and the president to find a long-term, commonsense solution.”

“I continue to believe we must secure our southern border and fix our broken immigration system. Irrespective of today’s announcement, that requires a bipartisan solution in Congress that reforms our legal immigration system, prevents illegal immigration, and addresses the question of what to do with undocumented men, women and children already here."

“For these young men and women, the United States is their home. They’ve been raised in our neighborhoods, attended our schools, served in our military, and worked in our communities. I’ve met with countless concerned individuals impacted by DACA and heard from local universities, restaurant and small business owners, as well as my farmer friends who all agree we must take care of these folks. This is why I’ve long-supported using a compassionate but accountable way to legislatively address these undocumented minors brought to our country through no fault of their own.

“Rather than executive order, it is the responsibility of Congress to work together on fair, rigorous, and bipartisan legislation that addresses the long-term uncertainty facing these young people. To that end, I have already co-sponsored two bills that represent common-sense ways to address DACA. In the coming weeks and months I will continue to work with anyone to fix our long-broken immigration system and to give certainty to Dreamers who know no country but America.”

“The Trump Administration’s decision to end DACA is heartbreaking. DREAMers grew up in the United States, brought here by their parents through no fault of their own, and we cannot turn our backs on them. They have registered with the government, pay income taxes and give back to the communities they live in. America is their only home.

“DREAMers make significant contributions to our economy. Nearly all DREAMers are in the workforce or in school. Our economy stands to lose hundreds of billions of dollars annually if these individuals are deported. This is not a partisan issue; business leaders and Republicans have joined Democrats in speaking out in opposition to ending DACA.

“Congress can and must act to fix our broken immigration system, including passing legislation to protect DREAMers. I have previously sponsored legislation to provide a permanent solution for these children to stay in America, become citizens and continue contributing to our country. Speaker Ryan should immediately act on legislation protecting these children from deportation. Congress failing to act will mean that Republicans are just as much to blame as President Trump for this cruel and un-American policy.”

Congressman Jim Banks (IN-03) issued the following statement regarding DACA:

“President Trump is fulfilling a campaign pledge by reasserting that Congress, not the executive branch, has the constitutional role of setting our country’s immigration policy. President Obama never had the legal authority to change our nation’s immigration laws.

“Congress must seize this opportunity and pass a solution that modernizes our outdated immigration policies, finally secures our border and increases enforcement to reduce illegal immigration. There is a path forward for Congress to fix our broken immigration system and resolve this situation, as President Trump has said, ‘with heart.’"

“Today, the Trump administration turned its back on hard-working immigrant families and students who only know this country as their home. In Indiana, nearly 9,000 DACA beneficiaries contribute more than $500 million in economic activity to the Hoosier economy. They are small business owners, entrepreneurs and they are vitally important to our state’s economic engine. We know there is much work to be done to fix our broken immigration system. Subtracting half a billion dollars in GDP from the state’s economy won’t help in that aim, nor will building walls instead of bridges. We urge Congress to work together to find a bipartisan solution.”