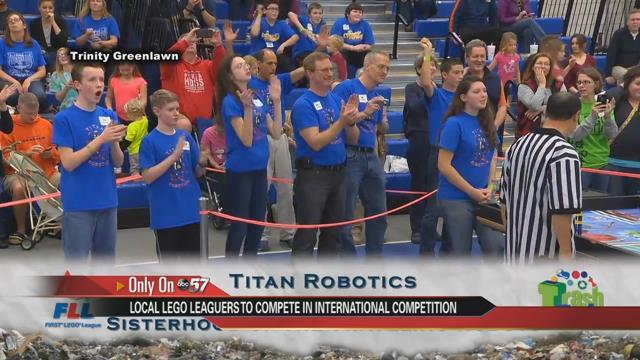 They’re getting ready for an international Lego League tournament that they earned the right to attend after qualifying in Indiana’s First Lego League in December.

Each practice consists of going over the league’s core values and making final tweaks to their robot design that the students programmed using Lego mindstorms technology.

“What the kids have to do as part of FLL’s robotics program is they have to do research on a problem and its bounded by that theme, this year the theme is trash and recycling but they pick their own problems, and what they focused on is they wanted to do recycling and they focused in on plastics,” said Gene Harding, Triniity’s Lego League coach.

The team is made up of five eighth grade trinity students and three coaches.

They beat out around 300 other teams in Indiana in order to qualify for May’s Legoland North American Open in California.