Local organization gets aggressive after immigration arrests across U.S. 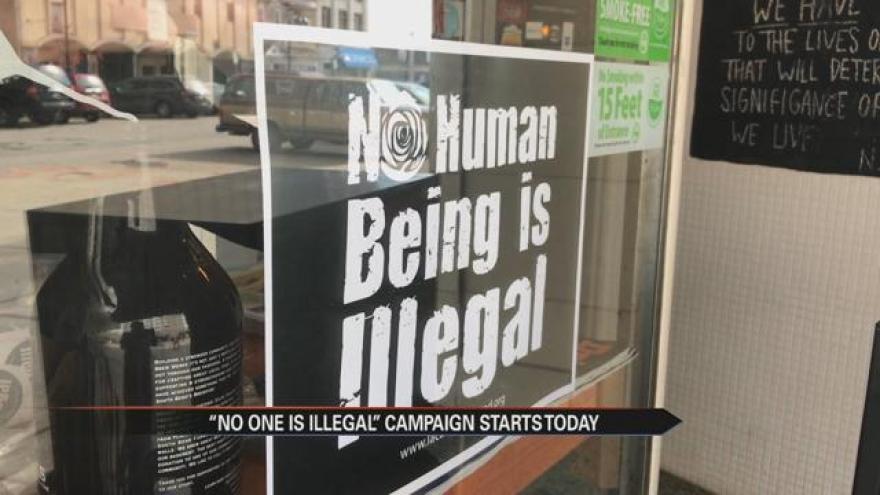 “No human being is illegal”. That’s the message you’ll see on signs posted in some restaurants and public places around downtown South Bend.

One South Bend community organization is intentionally sparking conversation with signs and buttons and stickers they are placing around town. It’s all part of a campaign that began Monday.

Organizers say they’re looking to open up and honest dialogue about immigration issues happening around the U.S. but the signs are an approach for them to address the difference in the usage of terms like “illegal” and “undocumented”.

“The hard part is we can’t tell people not to be scared, because it’s a hard time. We can’t guarantee that people are gonna be safe and that bad things aren’t gonna maybe happen but we need to try to get as many advocates as we can on board to try to alleviate the fears of our community as much as possible,” said Sam Centellas, Executive Director at La Casa de Amistad in South Bend.

Centellas says he wants to get as many people on board, especially at what he’s calling such a vulnerable time. But, again, one step he wants to take is aggression. He says he’s afraid people in our community and surrounding communities have gotten complacent with this idea that it won’t affect them.

“It’s a matter of time before the things happening in our country start happening right here in our county, and we can help stop that, but we need everybody to come to the table and get involved to help prevent bad things from happening here. The complacency I think over the last 20 years of people thinking, ‘this is not my fight’, now when im out talking to the community, I tell folks, ‘this is not a spectator sport anymore, you can’t just sit on the sidelines and watch and hope that your team wins’,” said Centellas.

He says the stickers, buttons and signs are meant to get people asking questions and sparking conversations so the open and honest dialogue can begin. More information about their campaign is available on their Facebook page or their website.