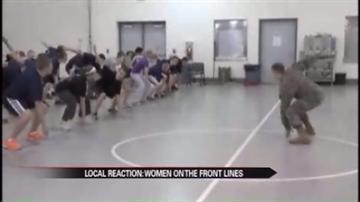 Thursday the Pentagon announced it is lifting the nearly two decade ban on women serving in direct combat roles.

In Fort Wayne Indiana some veterans say lifting the ban could help women make the military into a long career. Others say the ban should not be lifted and women should not be on the front lines.

"Physically, I think it will be really hard. Women aren't built the same way as men, and I think there will be a lot of discrimination about it," said Jericha Faulkner, Narine Corps Poolee.