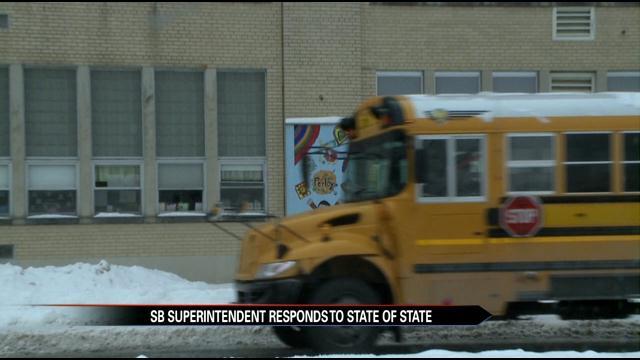 Local superintendents are not in agreement with some of the statements Governor Mike Pence made during his State of the state Address.

The superintendent with the South Bend community school corporation is not happy that the Governor wants to expand the Indiana's choice scholarship program that uses taxpayer dollars to send students to private schools.

Governor Pence said during his State of the State address, "That's why I proposed more state dollars for K-12 education than ever before, increasing tuition support by $200 million over the next two years."

Families that meet income level qualifications can get an Indiana choice scholarship so their children can attend private school.

"It takes away money from public education. That is taxpayer money,” said Dr. Carole Schmidt, the superintendent of the South Bend Community School Corporation.

She says it doesn't solve issues with schools that are under performing.

The expansion of the program still needs to be approved by legislators.