"This is our chance"; Local teachers prepare to rally at Red for Ed day 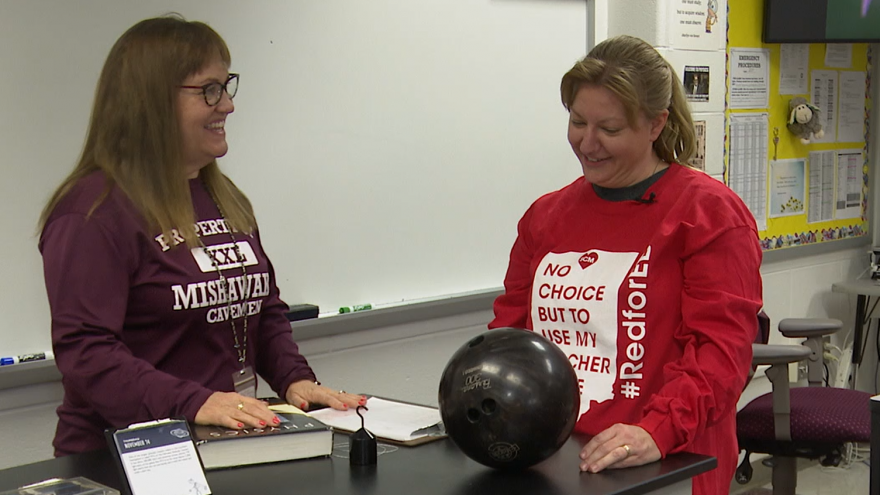 MISHAWAKA, Ind. --- Thousands of teachers, administrators and supporters plan to head to Indianapolis on Tuesday to rally at Red for Ed Action Day.

Red for Ed supporters are calling on Indiana State Representatives to work with educators and make schools a better place for children, according to local teachers.

School City of Mishawaka is just one out of more than 100 different school districts to close schools on November 19.

Teachers at both Liberty Elementary School and Mishawaka High School told ABC 57 that this is their opportunity to finally stand up for themselves.

“We’re not the only ones having these issues,” said Amy Foley, Teacher at Mishawaka High School and President of Mishawaka Education Association.

“We’ve been trying for years and years to make our voices heard downstate with what we think is best for our students, our classrooms, for our profession,” said Foley. “We just don’t think we’ve been heard so this is our chance to make a really big, really loud statement,” said Foley.

Foley told ABC 57 that teachers and administrators alike at Mishawaka High School all pushed for the same goal and they are standing in support of each other.

Kelly Foley has been teaching at Liberty Elementary School for six years and she told ABC 57 that Red for Ed Action Day is the first opportunity she has seen for teachers to stand up for themselves.

Kelly Foley organized two charter buses to leave from Liberty Elementary to take supporters to Indianapolis and give educators a chance to speak out.

Kelly Foley told ABC 57 that she chose her occupation for the kids, but it has been hard to be a teacher in Indiana.

One of the main problems is that schools cannot attract and retain teachers, according to Keith Gambill, President of the Indiana State Teachers Association. For some teachers, they prefer to drive a further distance to a bordering state for better benefits, according to Gambill.

Gambill told ABC 57 that a switch in teachers directly impacts students and he is hoping to see a change.

“To know that they will have a quality teacher that will be with them for the entire year,” said Gambill.

ABC 57 reached out to State Representatives in response to Red for Ed Action Day.

“I fully support our public school teachers, and I’m proud of all the educators who are standing up to make their voices heard at the Statehouse this Tuesday. I’ll be welcoming South Bend area educators when they come to the Indianapolis rally for anyone who wants to talk to me in person.

“I agree with teachers; they deserve higher pay for all the work they do for our students. That’s why I joined my Senate Democratic colleagues to author the only bill in the Senate that would have given our teachers an immediate raise. I hope the majority party will reconsider this bill next session because it’s past time that we show our teachers we support them with actions and not just with words.

“There are two other ways the General Assembly can immediately help our teachers. We need to hold harmless the recent ILEARN test scores, so that they do not affect our schools’ accountability ratings and our teachers’ evaluations. We also should immediately do away with the ludicrous idea of asking educators to spend an additional 15 hours of their own time in externships to renew their licensing. If we truly want our students to benefit, then we should allow teachers to do what they do best in their own classrooms.”

Red for Ed Action Day will be held on Tuesday, November 19. You can click here for more information.