Locals not yet satisfied with immigration reform 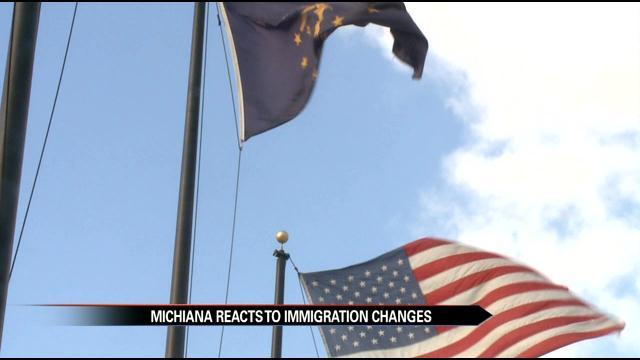 They were happy, but one local activist for the international community said there is still work to be done since their target is to allow opportunities for 11 million aspiring citizens.

“We've been fighting this fight for ten years,” said Jesusa Rivera.
It is the fight to gain documentation for those who have come to America for better lives.

The land of the free isn't free for everyone.

“My mom crossed the river with her siblings. This is a humane thing, how can you separate family without feeling anything?” said Rivera.

She said tonight is historic but not what she anticipated.

“The executive action on immigration reform is not the victory we imagined,” said Rivera.

She said there are millions who will be left out, risking separation from their family or even deportation.

Many have fought for a decade for the green light in hopes of gaining the American dream legally.

Viewers said President Obama is taking a step in the right direction.

“He is courageous. He is bold and he is taking a stance on what other political leaders should do,” said Rivera.

From the Capitol to Michiana, Rivera said it will pay off for all.

She said everyone wearing red, white and blue was once an immigrant and no one should think this is unconstitutional.

Rivera said this is a blessing, and she will be fighting until the day she dies to make sure that families never have to be separated again.