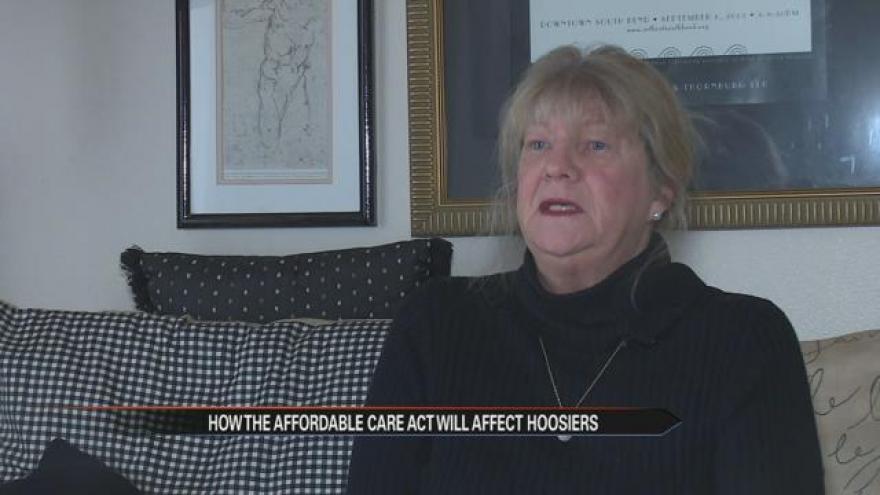 As Congress continues to debate whether or not the Affordable Care Act should be repealed, locals are wondering what will happen.

Doctors and patients have mixed opinions on the law.

Debbie Ray, of South Bend, is hoping the ACA is not repealed.

“It would ruin my life, if they take away,” Ray said.

At 63, Ray retired early after working since she was 15.

She says both of her parents died young from health concerns.

“I do want to have a little bit of my life when I’m not on bed rest to be able to enjoy all the things I’ve worked hard for,” Ray said.

With COPD and another condition that affects her lungs, Ray says she needed affordable healthcare to retire.

Not yet old enough for Medicare, Obamacare was her best option.

“I was able to have a decent healthcare plan that I could afford and not have to worry about my medications, being able to afford my prescriptions,” Ray said.

However, doctors say the law isn’t without flaws.

“The cost though, I think, is one thing that might be keeping patients from coming to see me,” South Bend doctor Donald Troyer said.

While Ray says her premiums continue to go down, Dr. Troyer says he’s seeing costs go up for many patients, keeping some sick people from seeking the help they need.

“I don’t think the costs were realized when they said ok, have 30 more million patients into healthcare,” Troy said.

They’re wondering if the ACA will be repealed, what would replace it, and when changes would be made.