Long lines in Nevada as recreational marijuana goes on sale 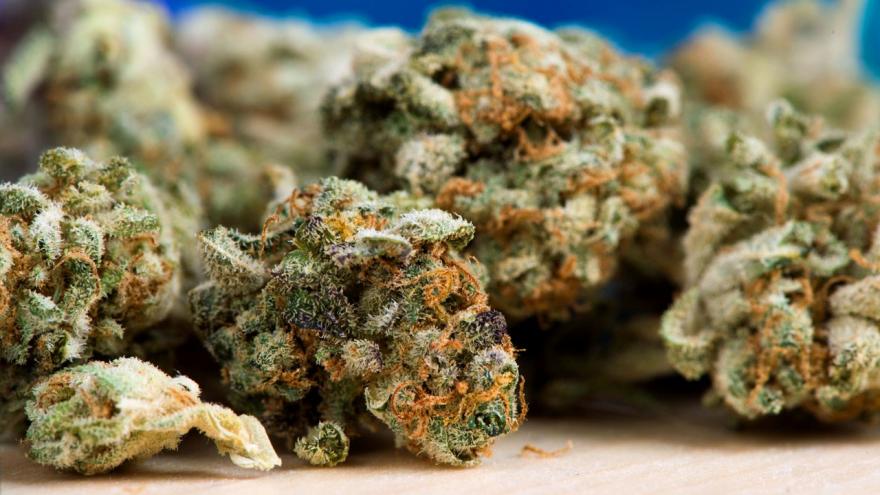 (CNN) -- Fireworks, long lines and even a wedding marked the start of recreational marijuana sales in Nevada.

At midnight Saturday, legal pot went on sale -- making Nevada the eighth state to allow the purchase of marijuana in dispensaries.

Nevada's law lets adults 21 and older to possess up to an ounce of marijuana. The law was approved by voters in November 2016.

But due to federal marijuana laws and state casino laws, dispensaries cannot be located on the famous Las Vegas Strip.

Fireworks ring in the new law

Hundreds of people waited for hours in lines to make their first legal weed buy. Show rooms were packed and ATM's were emptied for cash only sales. Green fireworks lit the night sky.

State Sen. Tick Segerblom was one of the first to make a purchase. He's considered the "godfather of the marijuana movement" in Nevada.

"Every time you buy something here, 33-cents is going to taxes. This is the mostly heavily taxed and regulated industry in the whole state," Segerblom told CNN affiliate KSNV.

Marijuana is expected to generate $60 million in tax revenue the next two years.

Las Vegas is known for its quirky wedding chapels, so one couple marked the day by getting hitched in a giant marijuana greenhouse.

Anna, the bride, carried a bouquet of weed leaves and Mark Balfe-Taylor, the groom, had a giant bud tucked into his coat pocket.

"I'm shocked I got a receipt for marijuana."

For some buyers, the day was a bit of relief.

Nathaniel White told KSNV that he had experienced trouble with the police for past marijuana possession but today said "just the receipt is amazing. I'm shocked I got a receipt for marijuana."

Though possession of a small amount of pot is legal, consumption of marijuana in Nevada is for private use only, limited to homes.

Marijuana is prohibited in casinos, bars, restaurants, parks, concerts and on any federal property.