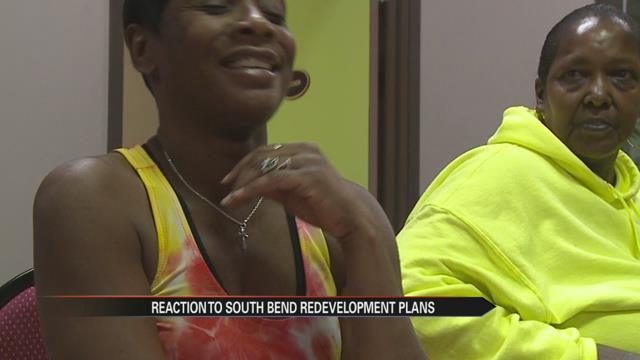 As 2015 comes to a close, revitalizing downtown South Bend is at the top of the city’s agenda for next year.

But in a changing city working hard to stay current, keeping up is difficult for lifelong resident Alfreda Jenkins, who says the city’s upgrades don’t cater to everyone.

“I used to be fast too but now I’m not. I slowed down. I wouldn’t be entertained by it. You know, I’m 60 and I’m not partying anymore,” said Jenkins.

Jenkins and Bridgette Green, who lives and works at the apartments, agree that not many of their neighbors would get use out of the new hotels, ice skating rink, or the airport even though their tax dollars will be partially footing the bill.

“I think they should take into consideration how we feel. It’s a lot going on in South Bend but we right dead in the middle of everything,” said Green.

“I think it would be good if it helps some of the people here, you know, even if it’s not me it could be helping someone else,” said Jenkins.

Jenkins says that “someone else” is likely of a younger generation.

“When you’re young you can really enjoy life and I like to see people enjoy life that are young,” said Jenkins.

But Green says that it shouldn’t be one or the other, and the city should spend tax dollars on things that are important to them too, like a new grocery store.

“I think they should be mindful of the senior citizens that live in this building as well as the rest of the people in the public,” said Green.

If you aren't able to attend the city's public meetings but would like to voice your opinion about the upgrades to the city, click here.