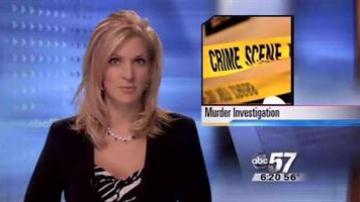 FRANKLIN COUNTY, Ind. -- Investigators searched the area found five people dead, three men and two women. Police say they found four in one house and a man in a nearby trailer.

The daughter of one of the victims led police to the bodies. Mary Jane Kessler found the four-year-old roaming the streets on Sunday. She assumed the little girl was lost.

Visibly shaken, the child told Kessler she needed help. But it was what she said next that was shocking!

"She said that her mommy, grandma, and grandpa and somebody else had just been shot and they're all dead,” said Mary Jane Kessler, who found the toddler.

"I could see that she was terrified. She just clung to me. You just know when you looked at her face; you saw the terror in her face you could see."