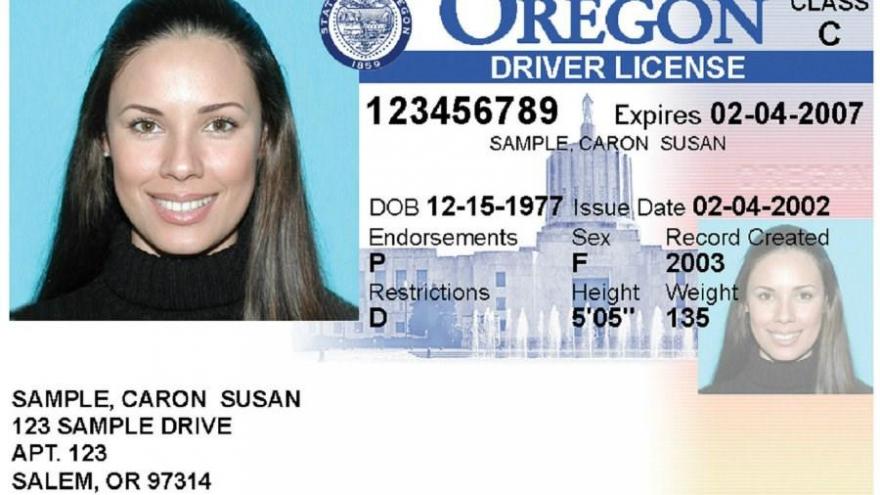 (CNN) -- Oregon may soon become the first state in the nation to offer a third gender option on its state IDs - an acknowledgment that validates transgender identities.

As of now, someone seeking, say, a drivers' licenses in the state has two options to pick from when it comes to stating sex: male or female.

The third option - a non-binary gender - will be reflected with an X.

The bill passed the state legislature and is headed to the governor's desk.

Updating personal documents to reflect name and gender changes is critical to reducing discrimination, Basic Rights Oregon said in a statement. About 20,000 Oregonians identify themselves as transgender

Last year, a Oregon judge ruled that Army veteran Jamie Shupe ccould legally change gender from female to nonbinary. That ruling was a first for the US, said David House, a spokesman for the state DMV.

It was this case that prompted the state to seek changes to the system.

California is also considering a bill that would allow individuals to obtain a birth certificate to include nonbinary.

If signed by the governor, the law could go into effect by summer.