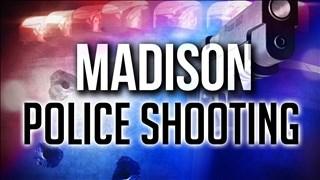 Protests in Madison, Wisconsin continued Monday after 19-year-old Tony Robinson was shot to death by a police officer.

According to police, they received complaints around 6:30 Friday night about a man matching Robinson's description fighting at a gas station and running through traffic.

Robinson was soon tracked down at an apartment building when veteran officer Matt Kenny was the first to arrive on the scene and radioed in to report a disturbance inside.

Kenny forced his way inside and said Robinson attacked him and shots were fired.

Kenny said it was self-defense.

However, it is not clear if Kenny was aware Robinson was unarmed.

Robinson was on probation for an armed robbery charge.

His family says he was not a violent person, despite the armed robbery charge.

“To die in such a violent, violent way, it baffles me,” says Robinson's mother Andrea Irwin.

In 2007, Kenny was involved in the shooting death of a man, but was exonerated.

Currently, Kenny is on paid administrative leave during the investigation into the shooting.