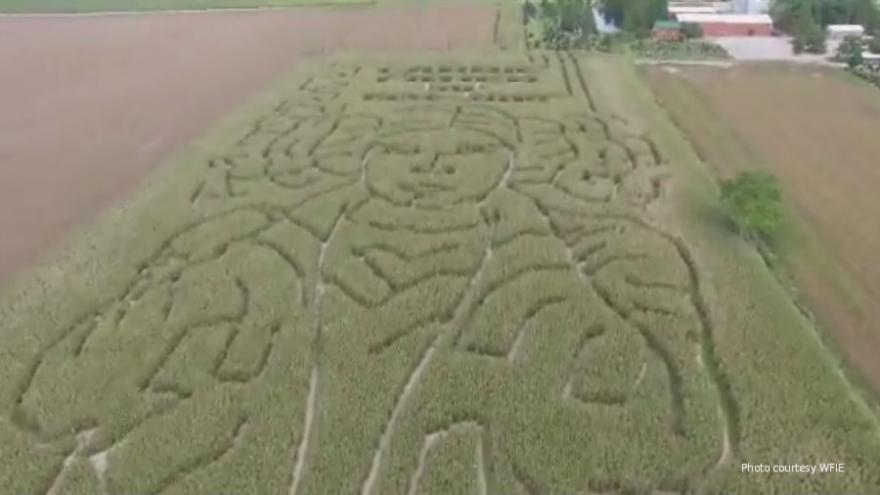 EVANSVILLE, Ind. -- If you’re a Star Wars fan, would you be interested in a corn maze that pays tribute to the late actress Carrie Fisher?

Goebel Farms in Evansville will open a "Princess Leia" corn maze to the public Saturday.

They’ve been creating corn mazes every fall for 16 years.

Previous mazes include Jay Leno and the Chronicle of Narnia's Prince Caspian.

And this year, they chose Fischer.

"We wanted to do a tribute to Carrie Fisher since she passed in December and as we were coming up with ideas for the corn maze, I thought it would be great to do a tribute to her because I've been a Star Wars fan for a long time. It's kind of neat to see all the people have fun and get to go through it. The pre-planning part isn't so much fun, but this time of year is when it pays off,” said Jeremy Goebel, Goebel Farms.