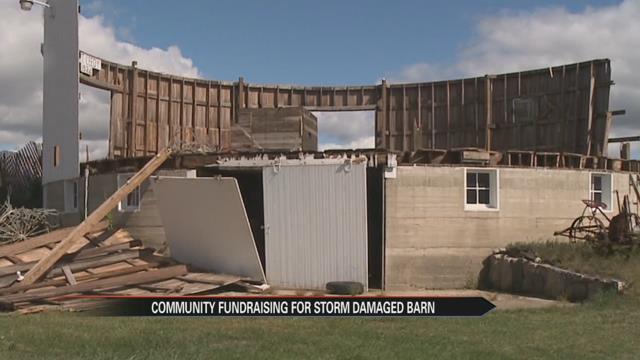 The Fulton County Historical Museum held the first large-scale event a month after a major storm destroyed parts of their property.

While folks visiting the site Saturday didn’t literally pick up the pieces to this wrecked museum, thousands of people paying to experience this unique festival did help fund the restoration efforts for the local landmark.

It was a busy month for the museum that was also met with a major challenge.

They had to host an authentic festival known to known to draw thousands.

"We commemorate the time period before 1838 when the Potawatomi were removed from this area,” said Clinger. “Every festival and things that we do here at the museum helps support to keep us open year-round.”

“The August 3 storm of course did the damage on the front part of the property an we were thankful that all the volunteers came in and we’re getting everything we need to get it rebuilt,” said Clinger.

The museum's round barn was hit the hardest and is still left in pieces.

“We have shingles that came off the original barn so the people can take a piece of the barn home with them,” said Clinger.

The shingles are now mementos these folks can take home as they fund the future of this site.

“The barn will be rebuilt, we’re working with construction crews now and we’re hoping to have it done before snow flies,” said Clinger.