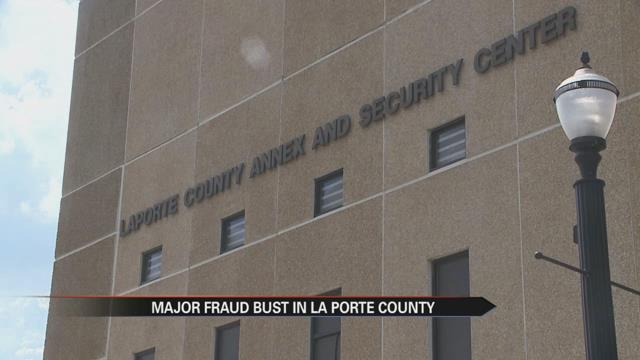 From as close as Grand Rapids to as far as California, several people all across the country had no clue they were bailing people out of jail.

Just over two weeks ago, a supervisor from the La Porte County Jail noticed something wasn’t right when a credit card bond had been posted for $15,000.

Inmates inside the La Porte County Jail began posting bond, when in reality, they didn’t have the money.

From April to July, people from several states across the country became victims to credit card fraud.

“In the society that we live in today we are very reliant on making credit card purchases or reserving rooms as was the case in several of these fraudulent credit cards that’s how these numbers were obtained they do that by giving a verbal over the telephone where they call a hotel or make a reservation and give their credit card information verbally to a clerk and they don’t know who the clerk is and that’s how in some cases these credit cards were compromised,” said Boyd.

Sheriff Boyd also says that because this scheme crossed state borders they were assisted by the United States Secret Service and the U.S. Marshall’s Office to help arrest 10 people in connected with this fraud.