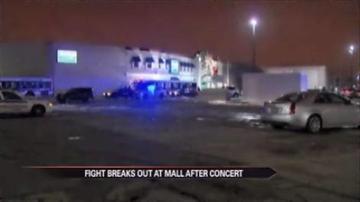 CHICAGO -- More than a dozen young people were arrested after an event got out of hand outside a mall in Chicago.

It began as a large crowd gathered for an autograph sessions for the music group Mindless Behavior. When the event wrapped up, mall officials said a group of 30 young people starting causing trouble outside.

Witnesses said soon more than 100 people were running through the mall, signs were thrown, vehicles were damaged in the parking lot and a few people were even injured.

"One boy said something to another boy and they started fighting," said witness, Jasmine Murillo.  "Security couldn't even handle both of them together. It was definitely a mob. It was crazy. It was like a little riot."