Man accused of attacking Michigan trooper due in court 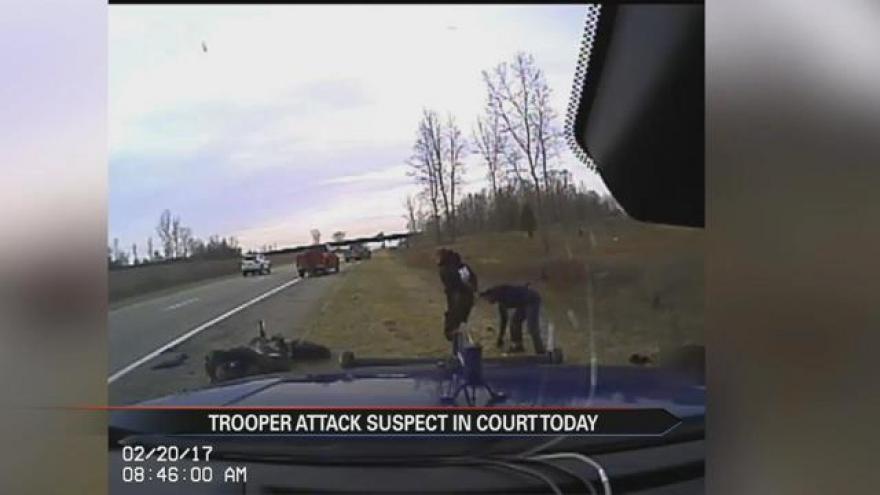 One of the two brothers accused of a violent attack against a Michigan state trooper is scheduled to appear in court Wednesday morning.

Michael Barber faces multiple felony counts for the violent attack, which was caught on video.

We first showed you the shocking dashcam video in March.

Investigators say on February 20th, the trooper pulled barber over on the U.S. 31 bypass.

When the trooper got out, Barber attacked him.

According to investigators, Barber’s brother joined in the attack.

If convicted of all those counts, Barber could spend more than 25 years in prison.

ABC 57 will be inside the courtroom, and we’ll bring you more Wednesday afternoon during our 90 minutes of news starting at 5:00.